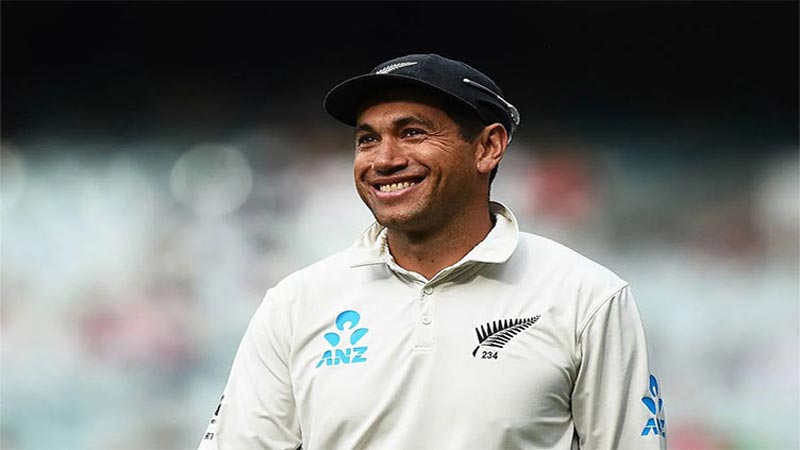 WELLINGTON: The decision by New Zealand great Ross Taylor to end his illustrious Test career after the looming Bangladesh series has placed a new emphasis on the two matches which start at Mt Maunganui’s Bay Oval on Saturday. From being a chance for New Zealand to get their World Test championship campaign back on track after the recent 1-0 loss to India, it has become a farewell to Taylor, a cricketing great who hit the winning runs when the Black Caps won the first World Test crown this year. After the Tests, Taylor has a series of one-day internationals to play against Australia and the Netherlands before stepping away from international cricket. While he is uncomfortable with the closing weeks of his career being termed “a farewell tour”, the 110-Test veteran accepts that’s the way it will be. “It doesn’t sit that well with me but I know it needs to be done,” he said. “I would have liked to have just pulled the stumps but it gives my family and friends and fans a chance to come and watch me for one last time.”

It will also give him a chance to build on his 19 Test centuries and close in on the New Zealand record of 24 held by Kane Williamson. Bangladesh always struggle in New Zealand conditions and have never won there, losing nine from nine in five visits and unable to even scramble a draw in rain-disrupted Tests as they fail to make the transition from their slow-turning home wickets to the Black Caps’ traditional pace-friendly green tops. They arrived in New Zealand on the back of a 2-0 home-series loss to Pakistan and without talismanic batsmen Shakib al Hasan, who made himself unavailable after being selected, and Mahmudullah, who retired recently.

Liton Das stood out against Pakistan, especially in the first Test with innings of 114, 59, although his best in New Zealand conditions is 33 at the Basin Reserve two years ago when Bangladesh were beaten by an innings and 12 runs. That 2019 tour was shattered and the final Test in Christchurch abandoned after a gunman went on a murderous rampage at a mosque near the Hagley Oval stadium as the mainly Muslim Bangladesh team were arriving for prayers before a practice session.

Taylor said it would be good to have his final Test in Christchurch and considered his greatest achievement was turning himself into a Test player where he is now 38th all-time in Test runs. “I always thought I could play one-day cricket, I wasn’t (sure) whether I’d be a good Test player or not, but I worked hard at that and I think that’s probably my greatest achievement,” he said. “I could have just smacked it and averaged 30-odd but I changed my game for the team, I don’t think many people would have been able to move their game in that direction and I’m happy I made that decision.”

Taylor, Devon Conway and Tom Latham ––– captaining the side in place of the injured Kane Williamson ––– will anchor a strong New Zealand batting line up, while coach Gary Stead has gone for an all-out pace attack and dumped spinner Ajaz Patel just weeks after starring in India with his historic 10-wicket haul in the first innings of the second Test. Stead’s blunt assessment was that New Zealand spinners don’t take wickets on home tracks. In the past four Tests Bangladesh have played in New Zealand, 74 of the 76 wickets claimed by bowlers were taken by the quicks.