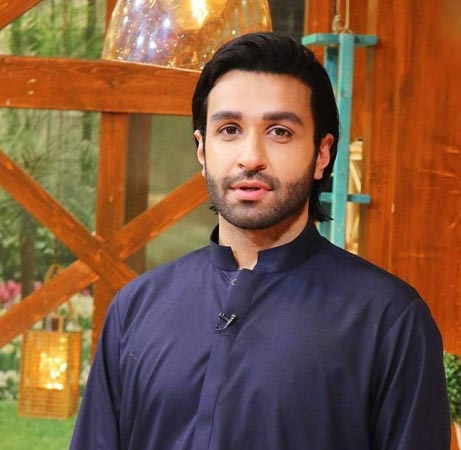 Pakistani TV star Azfar Rehman has opened up about his reasoning behind keeping his private life hidden from the limelight, saying that he wants to protect his family from online harassment.

Talking to Something Haute during a recent interview, Rehman revealed that he has been happily married for five years now and that he also has a baby boy, whom he hasn’t introduced on his social media.

Referring to his life as ‘great’, Azfar revealed, “I keep my personal life private because of the trolling and stuff. I don’t want to subject my family to it.”

He further explained, “My wife does not like to be on social media. Whenever I ask her to put a family picture on social media she immediately refuses and I respect her decision.”

His stance was lauded online, with one fan of the actor commenting, “So sweet of them… Life is so peaceful when it’s private. He’s surely blessed to have such a partner.”

Another said, “If Azfar and his partner doesn’t want to share stuff about their private life then it’s their choice. I am glad that he respects his wife’s decision.” Azfar tied the knot with Fiya Sheikh in 2017.