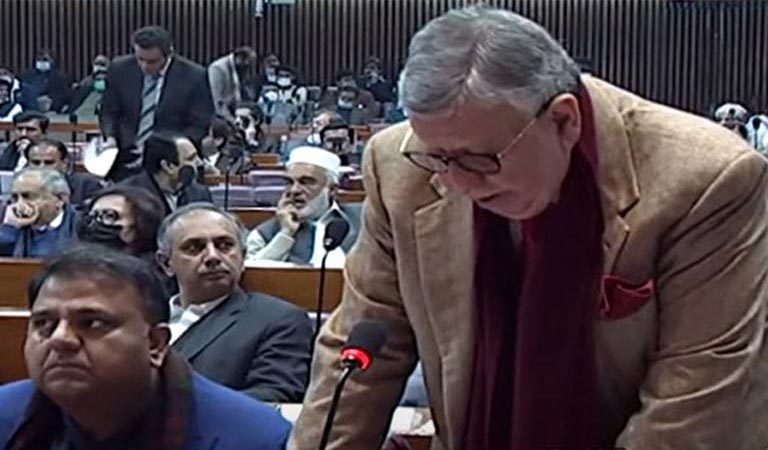 The government on Thursday introduced the Finance (Supplementary) Bill, 2021 in the National Assembly (NA) for tax reforms in the country. Minister for Finance and Revenue Shaukat Tarin introduced the bill in the Lower House.

Despite ruckus by the opposition lawmakers, the Lower House took supplementary agenda and minister for finance and revenue also introduced the State Bank of Pakistan (Amendment) Bill, 2021. Besides the aforementioned bills, Tarin moved a resolution to “extend the Tax Laws (Third Amendment) Ordinance, 2021 […] for a further period of one hundred and twenty days w.e.f. 12-01-2022, under proviso to sub-paragraph (i) of paragraph (a) of clause (2) of Article 89 of the Constitution of the Islamic Republic of Pakistan.

In addition, he moved another resolution “to extend the Federal Government Properties Management Authority Ordinance, 2021 […] for a further period of one hundred and twenty days w.e.f. 15-12-2021, under proviso to sub-paragraph (ii) of paragraph (a) of clause (2) of Article 89 of the Constitution of the Islamic Republic of Pakistan”. In all, eight resolutions were moved to extend various ordinances.

According to the finance ministry’s proposal, the government will impose a tax on approximately 150 goods at a rate of 17%. Therefore, goods that were currently either completely exempt from General Sales Tax (GST) or being taxed at 5% to 12% rates would now be taxed at 17%.

The Finance (Supplementary) Bill, 2021 aims to give legislative effect to the taxation proposals of the federal government to achieve efficiency, equity in the tax system, broadening of tax base as well as documentation of economy. It will come into force on the next day of assent given to this act by the President except clause 3(6) which shall have effect from December 01, 2021. The bill proposes that poultry items should be exempted from taxes while tax rate on mobile phone calls will increase. 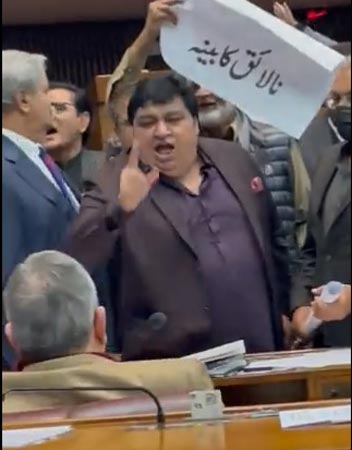 Meanwhile, the General Sales Tax (GST) on cars above 1,000cc and tax on the import of electric vehicles in CBU conditions will increase. Cottonseed is proposed to be taxed while the bill suggests increasing the tax on machinery for the poultry sector. The GST on silver and gold will increase while tax will also be imposed on computers and laptops.

On behalf of Chairperson Standing Committee on Federal Education, Professional Training, a member of the committee Sadaqat Abbassi presented a report on the University of Engineering and Emerging Technology Bill, 2021.

Later, the opposition members disrupted the speech of Minister for Foreign Affairs Shah Mahmood Qureshi who wanted to respond the issues highlighted by Raja Pervaiz Asharaf (PPPP) and Asad Mahmood (MMAP). They also pointed out the lack of quorum. The speaker adjourned the House to meet again on December 31 (Friday) at 11:00 am.