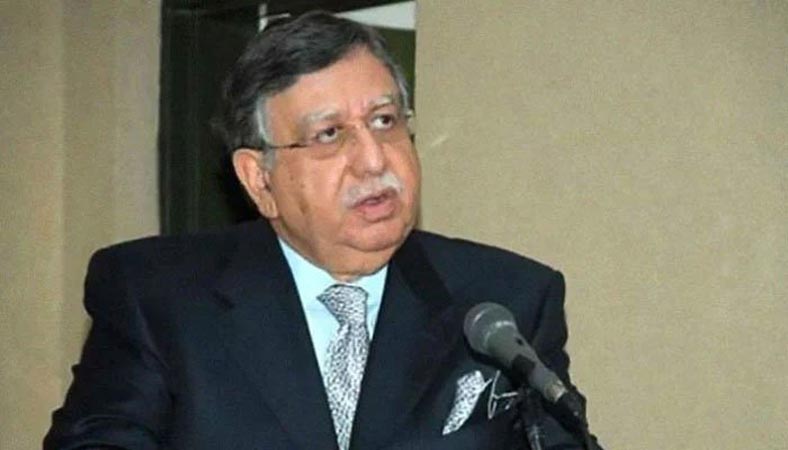 Terming the opposition’s rumpus over the Supplementary Finance Bill, 2021 totally unjustified, Finance Minister Shaukat Tarin Thursday said the government had proposed review of Rs343 billion tax exemptions in the bill out of which Rs272 billion taxes were refundable or adjustable, while the rest of Rs71 billion tax exemptions were about luxury items. “We are not putting extra burden on the common man, as only Rs2 billion tax exemptions have been proposed on the items that can be related to the common man which would have a very negligible impact on inflation,” he said while addressing a press conference here after presenting the supplementary finance bill in the parliament. He said the International Monetary Fund (IMF) had demanded Rs700 billion new taxes but “we defended not to impose taxes on a number of food and other essential items and brought it down to Rs343 billion”. The minister said the government was proposed to exempt Rs112 billion taxes on machinery, and Rs160 billion on pharma sector, and that too would totally be refundable or adjustable. He said in the past, unjustified taxes were exempted on various items that were being withdrawn. The minister was flanked by Minister of State for Information and Broadcasting Farrukh Habib and Federal Board of Revenue Chairman Dr Muhammad Ashfaq. The finance minister said the main purpose of the supplementary finance bill was not to increase revenues as the FBR was already ahead of its target of revenue collection, but the main purpose was documentation of various businesses and individuals. “We have categorically told businessmen and other professionals that they will not get any refund until they document themselves without their documentation,” he said, adding that the approval of this bill would help expand tax net, as more people will start paying their income and sales taxes.

He said Rs272 billion tax exemptions on machinery and pharma sector would be refunded to them within seven days of claim or these taxes would adjusted against any other payable income or sales taxes.

He said a major portion of the rest Rs71 billion tax exemptions were proposed on luxury imported items such as high-end bakery, fish, chocolates, and others.

He said only Rs2 billion tax exemptions were being proposed for items that were related to common man such as computers, sewing machines, red chillies, match box, iodized salt and contraceptives.

With respect to the IMF’ condition of giving autonomy to Central Bank, Tarin said it was part of the PTI’s agenda to empower the institutions to work without any pressure. So there was nothing wrong with giving administrative autonomy to the State Bank of Pakistan (SBP), he said adding that one of the condition in the new SBP bill was that the government would not be able to borrow from the central bank.

“The incumbent government has not borrowed even a single rupee during the past two and a half years,” he said, adding that the uncontrolled borrowing that was done by the past government, resulted in price hike and devaluation of the local currency.

The minister maintained that the government was only giving administrative independence to the SBP while the supreme authority would be in the hand of the Board that would be nominated and approved by the government itself.

He said the Board would recommend the names of governor and deputy governor to the government who would give final approval.

Further, he said the SBP would be answerable to the parliament and its standing committees.

He clarified that no constitutional amendment was being made, as the bill would only be passed with simple majority in the parliament that could also be reverted by the same process any time.

To a question, the minister said the tax on auto sector had nothing to do with the IMF, but new taxes were imposed on the imported cars only to control the balance of payment.

To another question, Tarin said tax exemptions would not impact the common man and inflation would not increase.

He said Pakistan’s inflation rate was mainly driven by four major imported items including petroleum products, cooking oil, steel, and coal, the prices of which had gone up sharply in the international market. Once the prices of these commodities subsides in the international market, the inflation rate in Pakistan would also come down, he added. He said criticism of the government imposing additional burden on the people and of a consequent rise in inflation was “baseless”.