NAB committed to take action against corrupt without any discrimination 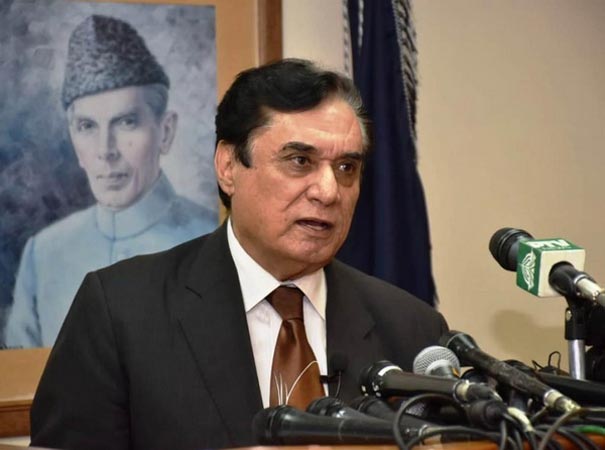 National Accountability Bureau (NAB) Chairman Justice (Red) Javed Iqbal on Thursday said the eradication of corruption from the country has become the voice of the whole nation right now.

He expressed these views while addressing a function held at NAB headquarters. Javed Iqbal distributed merit certificates on behalf of President Dr. Arif Alvi for outstanding performance among NAB officers / personnel. The ceremony was attended by NAB Deputy Chairman Zahir Shah, Director General Headquarters Hasnain Ahmed and other senior officials. The chairman said NAB was committed to take action against the corrupt elements without any discrimination, adding, the bureau had been made an active institution for the eradication of corruption. The NAB has directly and indirectly recovered Rs 541 billion from corrupt elements during the last four years which was a remarkable achievement.

The chairman said that eradication of corruption from the country has become the voice of the whole nation. NAB has been made a dynamic body to take action against corrupt elements without any discrimination. He said leading national and international organizations like Transparency International Pakistan, World Economic Forum, Global Peace Canada, PILDAT and Mashal Pakistan not only appreciated NAB’s efforts for eradication of corruption but also Gillani and Gallup polls have reported that some 59 percent of people have shown their confidence over NAB. NAB has received a total of 510,729 complaints since its inception out of which 498,256 had been disposed off, he informed.

The bureau has authorised 16,307 complaint verifications as per law, out of which investigation of 15,475 complaints has been completed. NAB has initiated 10,365 inquiries as per law out of which 9,299 have been completed. The bureau has authorised 4,707 investigations out of which 4,377 have been completed. NAB has recovered Rs 822.115 billion directly and indirectly since its inception. NAB has filed as many as 3,772 references in various accountability courts – of which 2,508 references have been decided. Right now some 1,264 corruption references of Rs 1335 billion were being heard in various esteemed accountability courts of the country. The NAB has revamped its working under the leadership of Justice Javed and fixed 10 months period for filing reference by completing all formalities of a complaint. NAB has introduced a Combine Investigation Team (CIT) system in order to benefit from the experienced and collective wisdom of senior supervisory officers so that quality and standard of investigations could be further improved on the basis of solid evidence. While positive results of those initiatives had started pouring in.