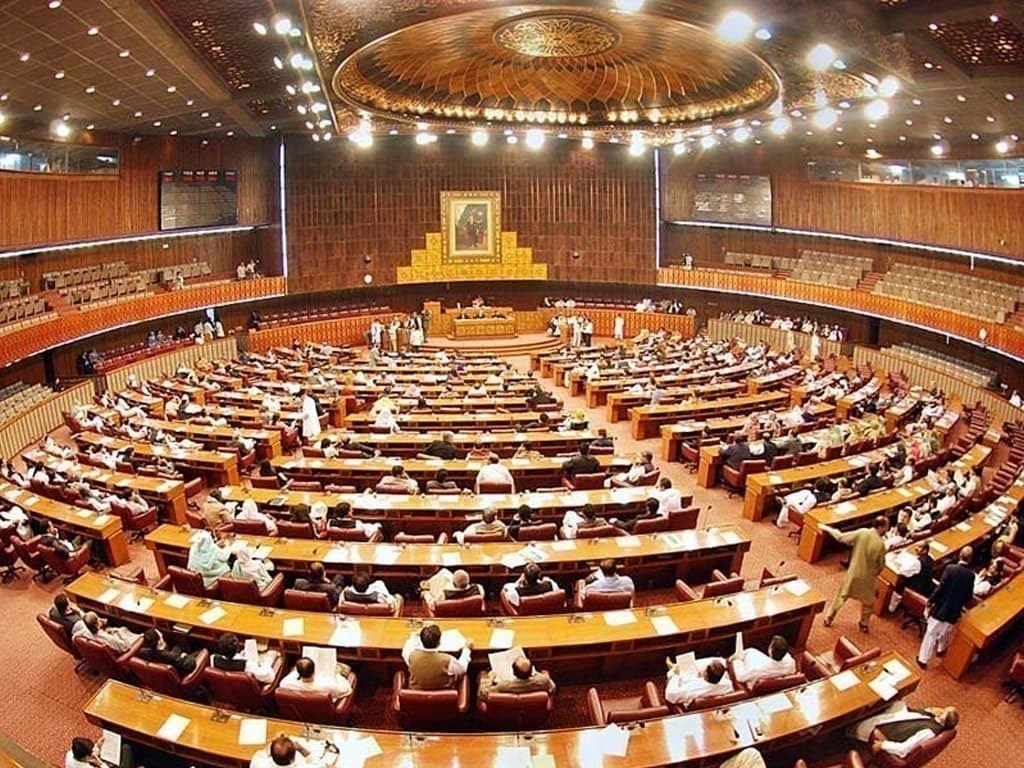 ISLAMABAD: The government introduced the Finance (Supplementary) Bill, 2021 in the National Assembly on Thursday aimed at tax reforms in the country.

Minister for Finance and Revenue Shaukat Tareen introduced the Finance (Supplementary) Bill, 2021 in the House. Speaker Asad Qaisar announced that detailed discussion on this legislative proposal would be held in the House and bill would not be referred the standing committee.

Despite ruckus in the House by the opposition lawmakers, the House took supplementary agenda and Minister for Finance and Revenue introduced the State Bank of Pakistan (Amendment) Bill, 2021. The bill was referred to the relevant committee for deliberation. Govt also tabled the State Bank of Pakistan (Amendment) Bill 2021 in the assembly for approval. The house also adopted different resolutions extending various Ordinances for a period of 120 days.

Leader of the Opposition in the National Assembly Shehbaz Sharif and Pakistan Peoples Party (PPP) Chairman Bilawal Bhutto Zardari remained absent from today’s all-important parliament session. PML-N Spokesperson Marriyum Aurangzeb, speaking to the media outside the Parliament House, said that the Opposition will fight the oppressors who have put pressure on the pockets of common people. “The mini-budget will cause more inflation to burden the masses,” she said, adding that the Opposition will protest against the government “inside and outside the Parliament.”