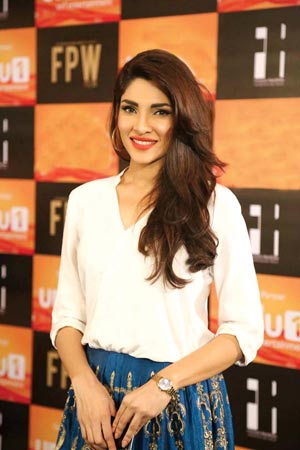 Actress Zhalay Sarhadi’s latest funny video went viral on social media. The latest video shared by ‘Jalaibee’ actor on the photo and video sharing site Instagram sees her lip-synching a comic script that has a disguised message for haters.

“Hatred from people is the proof that you are in the right direction towards success”, Zhalay mimicked the script in the reel that was captioned with “Haters only prove you are doing it right”.

The Instagram reel that was shared on Tuesday night taking a concealed jibe at haters has been watched by thousands of her followers. Many users of the social application dropped hearts on the latest video and took to the comments section to share their agreement towards the statement.

Earlier this week, Sarhadi shared another hilarious reel on Instagram captioned with “Naiqi kar status pay daal”, which featured her synchronizing with the humorous script.

‘Rang Laaga’ actor is quite consistent with the content on her official Instagram and Tiktok accounts with thousands of followers. Her TikTok videos are admired by her followers, and they keenly wait for her to share new content.

She has worked in several hit projects including ‘Rang Laaga’ and a film called ‘Jalaibee’. Apart from her acting, the pretty actor is often compared to Bollywood actor, Priyanka Chopra for her looks.