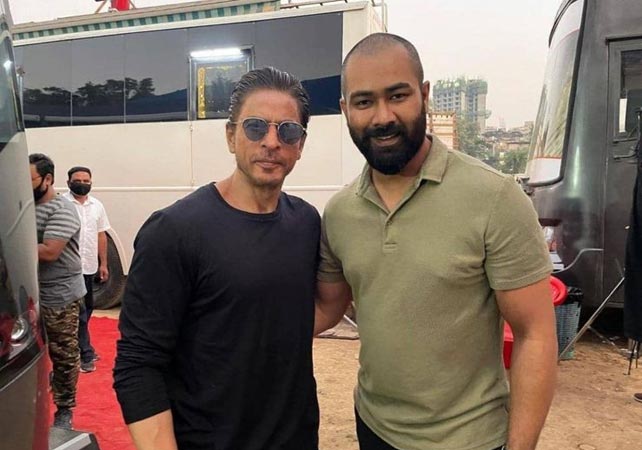 Shahrukh Khan seemed to be ending the year on a working note as he was spotted posing for a picture that appeared to be from the sets of a shoot from his upcoming movie Pathan.

The Devdas actor is currently gearing up for his forthcoming release, in the midst of all of this, a photo of SRK posing with a fellow cast member has gone viral and left fans in awe.

In the picture, the Raees actor donned a black T-shirt and paired it with stylish sunglasses. The actor, who has grown out his tresses for his role, has tied his hair back.

The picture was shared by model-actor Diganta Hazarika on Instagram who was seen in Mohenjo Daro. He geo-tagged the picture’s location as Mumbai and praised Shah Rukh in the caption.

“Success is not a good teacher, failure makes you humble… SRK @iamsrk The most successful actor of India Cinema yet the most humble human being,” he wrote.

Fans curiously took to the comments section and asked him if the picture was taken on the sets of Pathan. “Is this pic from Pathan Set”?

On the work front, Shah Rukh and Yash Raj Films have not formally announced Pathan, though the movie has been in the making for a while now. He is also working on Atlee’s Next.