Most shocking and famous celebrity lawsuits of 2021 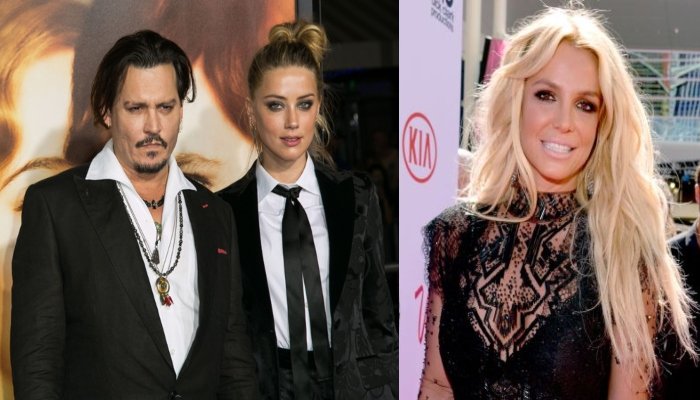 The year 2021 has been a roller-coaster ride for many. While many popular celebrities across the world made headlines for their big achievements, some grabbed media attention for their shocking courtroom trials.

Take a look back at the most shocking celebrity lawsuits of 2021.

Britney was freed from conservatorship that had long traumatized and exploited her. In 2008, her father, Jamie Spears, was granted the conservatorship after the singer purportedly struggled with mental health issues and was hospitalized. After her release, the court made the conservatorship permanent, giving her father and another co-conservator power over her finances and medical decisions.

Hollywood actors Johnny Depp and Amber Heard have been making headlines over the years due to their ongoing divorce proceedings. The estranged couple have been battling in court, with each of them alleging abuse against the other.

But the Pirates of the Caribbean actor landed a potential win in his lawsuit against Heard. He sued Heard over an opinion piece that ran in the Washington Post in 2018, which implied he abused Heard, calling him a ‘wife beater’ following the pair’s 2017 divorce.

Meghan Markle, the Duchess of Sussex:

The Duchess of Sussex, Meghan Markle has won the latest stage in her long-running legal fight against a British tabloid, Daily Mail over a letter she sent to her father.

The Court of Appeal accepted Meghan’s argument that the letter to Thomas Markle in August 2018 – three months after her wedding to Prince Harry – was ‘deeply personal’.

However, the parties reached for a settlement and Johansson had sought a $50 million payout from the studio.

Black Widow was initially set to release in May , 2020, but was postponed several times amid the pandemic. In March 2021, Disney announced that it would be released simultaneously in theaters and via on Disney Plus on July 9, allowing subscribers to rent the film for $30.

Prince Andrew, Duke of York has been sued by New York-based Virginia Roberts Giuffre, who accused him of molesting her when she was 17.

Andrew, 61, has denied similar allegations from Giuffre in the past. Giuffre has launched a civil case seeking damages. The case may lead Andrew to face civil trial in the US over alleged sexual abuse at the end pf 2022.

Andrew, who is the third child of the Queen of Britain, Queen Elizabeth, stepped back from royal duties in the wake of a 2019 interview he gave the BBC.

The lawsuit, which was originally filed in 2017 by songwriters Sean Hall and Nathan Butler, accuse Swift, 31, of stealing lyrics from 3LW’s 2001 hit song Playas Gon’ Play to write Shake It Off.

A judge of the US District Court for the Central District of California stated that Swift’s attorneys “made a strong closing argument” but still denied the singer’s request to dismiss the case.