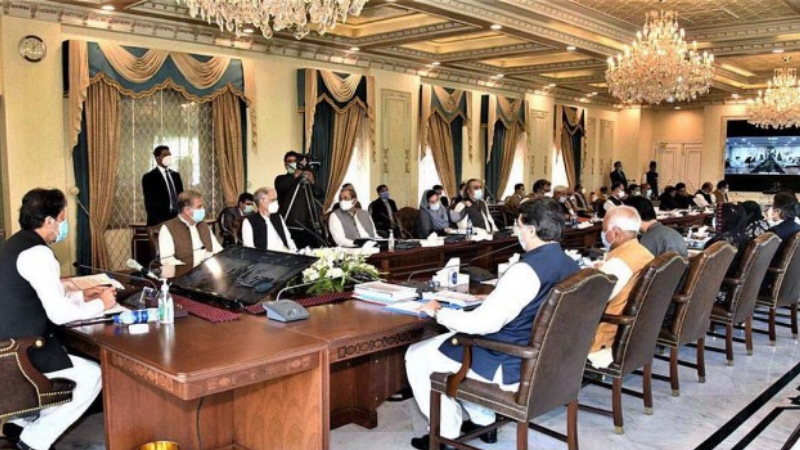 The federal government will propose a Rs350 billion mini-budget today (Thursday), which traders and government critics fear could result in a new wave of inflation in the country.

Later, as part of the government’s attempt to get the $6 billion IMF package, the Finance Amendment Bill 2021 will be presented directly in the National Assembly.

PM Khan will chair a meeting of the PTI’s parliamentary party members who will be briefed on the mini-budget.

Following the passage of the mini-budget, prices of several commodities, including power, gas and petroleum products, will hike owing to the tough conditions of the International Monetary Fund (IMF), according to sources.

Besides rolling back subsidies worth Rs350 billion, taxes and duties on more than 1,700 items will also be increased in the mini-budget, said sources, adding that taxes on all imported and luxury items will be increased.

Meanwhile, Federal Information Minister Fawad Chaudhry said yesterday’s federal cabinet meeting had to be cancelled as there was no National Assembly session scheduled at the time. He added that, by law, a bill must go straight to the lower house after the government has authorised it.

Neither Treasury members nor the government’s allies, according to the minister, have any problems to the mini-budget. Fawad Chaudhry, responding to a question about the IMF’s tough requirements, said the Fund’s prior Rs700 billion worth of conditions have been lowered, which is a relief, and power costs have already been adjusted.

“Hence, I believe the mini-budget will pass smoothly and will bring about confidence in the markets,” he hoped.

Answering a question about the government’s role in bringing Nawaz Sharif back to Pakistan, Fawad Chaudhry said it is the responsibility of the Lahore High Court (LHC) judges, who accepted the affidavit of Shahbaz Sharif, to take action against him.

Also, the Centre is moving the LHC for this purpose, he said, adding that the LHC should have taken a suo motu notice of the issue as Shahbaz failed to honour his guarantee in which he assured the court that he would “ensure the return” of his brother.

Moreover, it will be easy for Pakistan to bring back Nawaz Sharif once the legal instrument with the UK government reached an agreement.

“If Nawaz Sharif does not come back to Pakistan, Shahbaz Sharif will have to go to jail in his place,” he asserted.