Ashrafi stirs global conscience over persecution of minorities in India 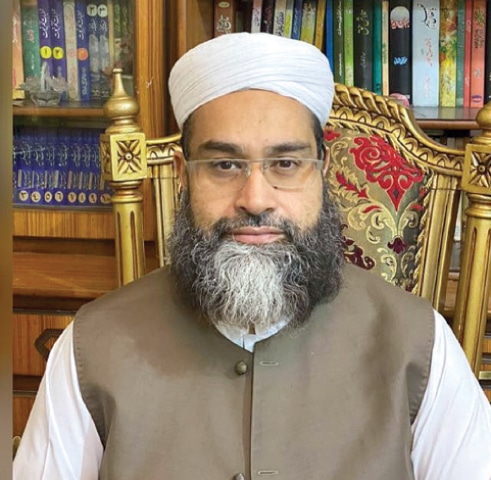 RAWALPINDI: On Wednesday, Special Representative to the Prime Minister (SAPM) on Religious Harmony and the Middle East Hafiz Muhammad Tahir Mehmood Ashrafi said the world’s cold silence over unprecedented persecution of the minorities in India where non-Hindus were being killed with impunity and mosques and churches were being burnt, was deplorable.

Addressing a student convention held at Jamia Masjid Marhaba Kuri Road in Rawalpindi, the SAPM said that Christians, Muslims and other minorities were being subjected to brutal atrocities, if there was any gruesome incident of human rights violation, the world community screams, however, it was constantly silent on India’s atrocities, adding, “Today Kashmir, Palestine, Afghanistan, Burma are not visible to the world.”

Ashrafi said: “Low caste Hindus are not allowed to drink from the same wells, attend the same temples, wear shoes in the presence of an upper caste, or drink from the same cups in tea stalls.”
He said Pakistan had always raised its voice for oppressed segments all over the world facing tyranny and state-sponsored violence.

He said that minorities living in Pakistan should not have any fear, adding, “Islam is a religion of peace, moderation and compassion.”

Ashrafi reiterated that minorities were enjoying equal rights in Pakistan without any discrimination.

“The Constitution of Pakistan is the protector of the rights of Muslims and non-Muslims living in Pakistan,” he added.

He, however, denounced the mob-lynching of Sri Lankan factory manager Priyantha Kumar by vigilantes in Sialkot.

Terming it a barbaric act, he said there was no room for terrorism and extremism in Islam. “The Holy Quran states that whosoever kills one man without any reason, it is as if he has murdered entire mankind”, he added.

He said that the life of the Holy Prophet Hazrat Muhammad (PBUH) was a beacon of light for the entire humanity. He said following the teachings of the Holy Prophet (PBUH), the nation would have to change its thoughts and attitude keeping in view the national, religious and collective interests.

In contemporary times, there was a need that Muslims should prove their love for Hazrat Muhammad (PBUH) to the world through character, speech and practice.

Ashrafi said the young generation must come to the forefront to play their role in eradicating extremism, terrorism, dowry rituals and spreading the moderate message of Islam.

He said Prime Minister Imran Khan was fully committed and sincere to transforming the country into a true Islamic welfare state on the pattern of Riyasat-e-Madina.

He appealed to the Chief Justice of Pakistan to hold a speedy trial of the Sialkot incident and punish the accused.

“Even if someone commits blasphemy, the people should not take law into hand. It is the sole responsibility of the state to punish violators who commit such shameful act,” he concluded.