Senate Opp flounces out over non-presentation of National Security Policy 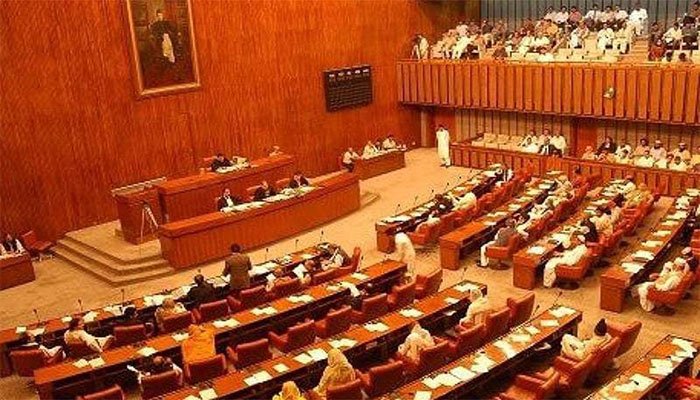 On Wednesday, the opposition in Senate left the house protesting against the non-presentation of the National Security Policy in the Parliament, Daily Times reported.

Senator Sherry Rehman initiated a debate on the National Security Policy, the details of which were not revealed to the house, and the assembly erupted in disorder. She tried to get the house’s attention, but the treasury members made a racket and wouldn’t let her speak. She repeatedly raised this issue to Senate Chairman Sadiq Sanjrani’s attention, but the treasury members’ cacophony drowned out her voice.

The opposition members joined in the chorus, refusing to allow the Senate chairman to speak. They chanted slogans and surrounded Sanjrani’s podium during his remarks.

Senator Sherry Rehman took the floor to say that the government bypassed parliament in announcing the National Security Policy. She went on to emphasize that life and death decisions are tied to national security, and that the government has said that economic strategy is a crucial component of the National Security Policy. She believed that national security might be achieved if the poor’s stoves remained lighted and they were given two square meals every day.

She stated that the policy was approved by the National Security Committee but not by Parliament.