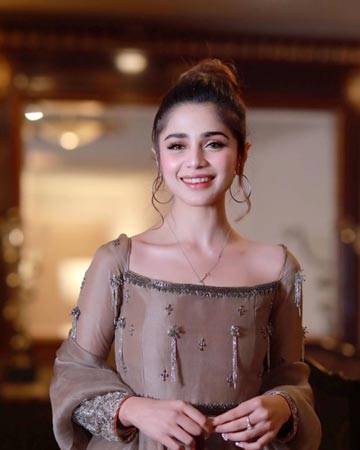 Days after rapper Talha Anjum made headlines for lashing out at an unruly concert-goer who threw a bottle at him, singer Aima Baig has also been forced to react to rowdy behaviour at a recent concert.

In a video doing the rounds on social media, Aima was seen schooling a front-row concert attendee at the Punjab Group of Colleges in Gujranwala.

“Go at the back,” Aima told the young guy, before asking security to help remove him from the front-row.

She then addressed the crowd, saying, “If you guys misbehave, I’ll go back.”

“Because of one person like him, everything gets ruined for everybody else who’s here to enjoy,” added Aima.

The crowd was then heard apologising to the “Baazi” singer, who in turn promised to stay and complete the show.