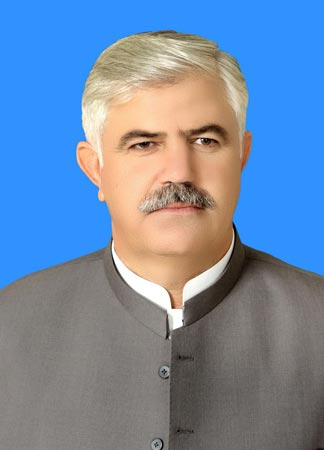 The Dir Expressway will be constructed at a cost of Rs 33.5 billion, having a length of 30 km from Chakdara to Rabat. It would provide modern modes of travelling facilities to commuters.

With construction of this highway, the distance will be reduced by 27 km. It will comprise four lanes, two tunnels and three interchanges.

Similarly, the 360 kilometre-long Peshawar-DI Khan Motorway will be constructed at a cost of Rs 243 billion.

It will have 19 interchanges and two tunnels. The motorway will have six lanes.

Both mega projects have already been approved by Executive Committee of the National Economic Council (ECNEC), the Chief Minister Mahmood Khan said these projects were of utmost importance for the development of the province, adding the construction of these highways would boost tourism, trade and economic activities in the province.

started in time, adding all the formalities should be completed according to timelines.

He said strict compliance with existing rules and regulations of the provincial government regarding implementation of these projects under public-private partnership should be ensured.

He said this while responding to the adjournment motion moved by leader of the opposition Akram Khan Durrani on salary disparity between officers of the secretariat and attached departments.

Taimur Salim Jhagra said that the Chief Minister Mahmood Khan had vowed to give public servants 25 percent in basic salary but they were given 35 percent raise which is a record and unprecedented accomplishment.

He said that we have increased the house rent to 50 percent and termed the merger of the executive allowance in the salary of Schedule Officers in 2018 a wrong step.

He said the cabinet meeting has taken the decision in 2019 that allowances would be merged on performance basis.

Eelier, Akram Khan Durrani appreciated the provincial government to increased the salaries of public servants in current budget but the attached department has been deprived of some allowances.

He said that KP government in the last budget announced executive allowance for the employees of provincial secretariat from grade 17 to 22.

Similarly, incentives in the shape of technical allowance were also announced for local government, public health and other departments.

He said that unfortunately employees of attached departments were still deprived from these incentives and their salary was not raised like the employees of secretariat.

He said that their salary was raised only 20 percent due to which salary disparity between employees of the secretariat and attached department was increased.

Later, the Deputy Speaker Mahmood Jan on the point of quorum adjourned the assembly proceedings till Friday 10a.m.