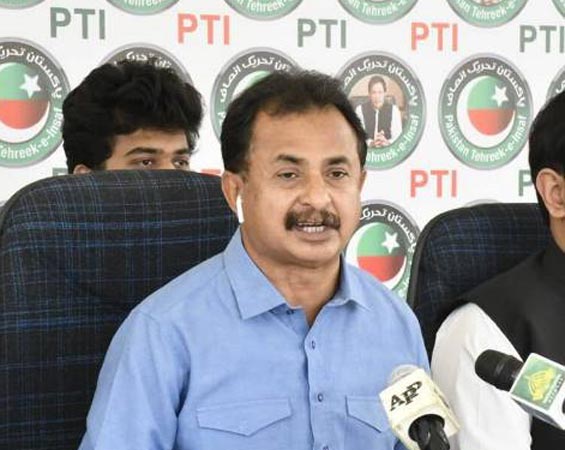 Haleem Adil Sheikh said that Sindh Local Government Act 2013 was a violation of Article 140-A of constitution of Pakistan and a clear manifestation of the fact that PPP wanted to deprive citizens of their basic rights.

“Some PPP leaders consider 60 million people of Sindh as a minority,” he further added.

Remote areas of the province lacked even primary healthcare facilities as all the hospitals of Tharparkar including Mithi, Chhachhro and Islamkot had failed to provide treatment to the patients and death tally of children in Tharparkar had reached to 700 this year, Haleem observed.

He termed transfers and suspension of doctors in Tharparkar just a show off move of Sindh government due to CJP’s expected visit of Tharparkar and said that attempts would also be made to prove that RO plants were operational in Thar.

The Sindh government made every project of Tharparkar a source of income and amounts embezzled out of budget of RO plants had already transferred to fake accounts of Bilawal and Ayan Ali, Haleem said and urged civil society activists and journalist of Tharparkar to convey the real situation to the Chief Justice and also inform him about the government-sponsored stone cutting in mountains of Karoonjhar.