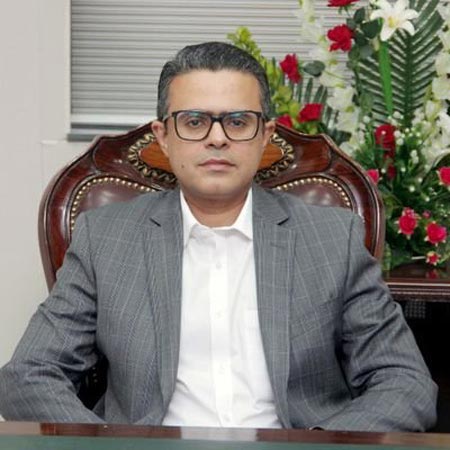 Special Assistant to Chief Minister Punjab Hasaan Khawar, lauding the efforts of the entire PHA team, has said that the PHA administration was using all its capabilities to enhance the beauty of the city.

He said that PHA was taking special measures to increase leisure opportunities in Lahore so that people could benefit from the culture and seasons of the city. Hasaan Khawar said that cycling tracks are being constructed at various recreational places of the city for the promotion of cycling. Recreational areas are being made safer to welcome families, he said. He was talking to media representatives after visiting newly constructed PHA cycling track near Khira Bridge, on Canal Road.

Hassan Khawar said that some 8000 indigenous plants and trees have been planted here at present out of set target of 10,000. Responding to different questions on this occasion, SACM said that Nawaz Sharif’s return to Pakistan is certain on account of his soon to expire visa. He said that Nawaz Sharif’s arrival bears no issues for the government. The only persons concerned with Nawaz Sharif’s return are Hamza and Shahbaz Sharif as their desired deal is in trouble now. He said that the government was working for the welfare of the people by completing ongoing development projects in the province ahead of time. Hasaan Khawar further said that Bilawal need worry about poor living conditions in Sindh instead of Punjab, as PPP’s backward governance model is incompatible with Punjab’s thriving one. Zardari’s politics has buried Bhutto’s ideology, SACM said.

He said that the PPP leadership should visit the backward areas of Sindh before setting up tents in Punjab. Punjab’s local government system will be a unique, strong and people-friendly system in the history of the country, he added.