Surplus rice to be exported to new markets, says Fakhar

* Country has stock of over 8m tons 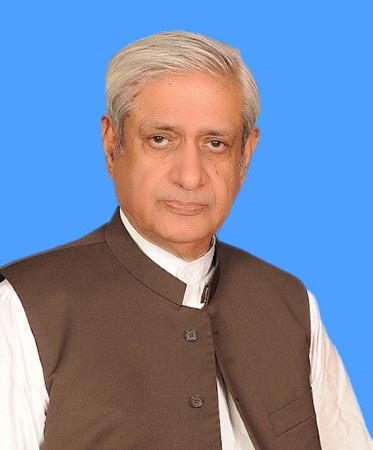 The Federal Minister for National Food Security and Research Syed Fakhar Imam said on Monday that the surplus stock of rice would be exported and new markets were being explored globally. The country has a stock of over eight million tons of rice, however, local consumption is nearly 3.5 million tons.

He said this while talking to media-persons and addressing a ceremony at Agriculture University. Vice Chancellor Dr Asif Ali, President Pakistan Kissan Iteehad Khalid Khokhar were also present on this occasion.

Syed Fakhar Imam observed that he had discussed with Advisor on Commerce Abdur Razaq Dawood for exploration of the new markets to export rice. The country is struggling hard to improve rice exports worth four billion dollars, said Fakhar. He also focused on the value-addition of agriculture and livestock products, especially milk. He hinted that Pakistan was the seventh largest producer of milk in the country. However, its value addition is only 30 percent. Value-addition of agricultural products could help earn huge foreign exchange, Fakhar remarked.

Due to the incumbent government’s efforts, the country’s per-acre wheat production increased by one to two maund per-acre. During the 12 years, it was around 30 maund per-acre. Fakhar maintained that the efforts were being done to improve per-acre production of the wheat further. In case, the government succeeds in enhancing two to three maund per-acre further, it will be a very good addition in total production.

It was the very first time in the country that both provincial and federal governments were examining wheat crop situation on a weekly basis. Fakhar added that he was personally monitoring the wheat crop situation in the provinces. Fakhar observed that 99 percent (16.7 million acres) sowing was completed on time in the Punjab province. Similarly, Sindh achieved 98 percent, KPK 82 percent Balochistan over 75 percent sowing targets.

The government also maintained track and trace records about wheat varieties, given to farmers. During this season, the country has over 6.25 million tons of certified wheat seeds. Hopefully, in case of the expected rains, the country would achieve the set target of 28.9 million tons of wheat, Fakhar Imam said.

However, during the ongoing season, the production is three lakh tons more compared to the production of the last year, he hinted. However, Some people are involved in hoarding the fertilizers.

The government was taking strict action against the hoarders and profiteers. In the international market, the price of the Urea fertilizer is over Rs10,500. Some people were trying to smuggle Urea. However, the government had held some persons in this regard, stated Fakhar.

The low price of Urea in the country is due to the huge subsidy given to fertilizer manufacturers which is about Rs210 billion.

About DAP fertilizer, Fakhar Imam informed that 70 percent of DAP was imported and its price was linked to the international rates.