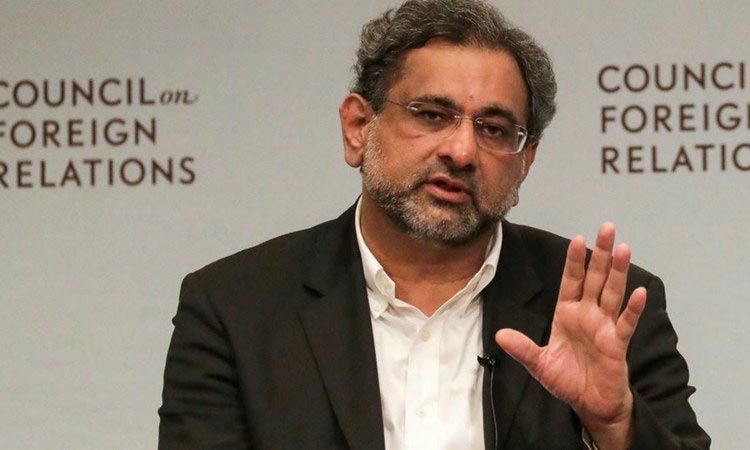 The Pakistan Muslim League-Nawaz (PML-N) leadership pledged on Monday to fight against the ruling party with full strength in collaboration with the joint opposition to “guard the nation against blatant injustice and economic terrorism”, a private TV channel reported.

The senior leadership of the party attended an all-important parliamentary party meeting at the Parliament House in Islamabad. PML-N Vice-President Shahid Khaqan Abbasi presided over the meeting where he discussed the mini-budget, finance bill, and talked about the autonomy of the State Bank of Pakistan. The leaders discussed in detail the economic and political landscape of the country. They also discussed various strategies to counter the mini-budget and other government bills in the parliament.

The party leadership, according to a statement, observed that the government had already desolated the economy. “Wrong decisions had crushed the people under the mountain of inflation,” they pointed out.

The leaders observed that the economic debt was hitting the roof while the national currency was facing constant devaluation. “Industry, textile, trade and manufacturing were all on the verge of total collapse, as a result of which millions were losing their jobs while their families fear starvation.” They maintained that the constant and unbearable rise in the prices of essential commodities and utilities had broken the back of the nation, adding that all this was going on at a time when debt payments were at an all-time high at Rs50.5 trillion.

They said that the social injustice, cruelty and economic terrorism against the people of Pakistan must end. “Dollar was at a historic high at Rs181 while alarming news of it appreciating even further was disturbing.”

They pointed out that despite skyrocketing tariffs on electricity and gas, the circular debt had doubled in just 3.5 years of the PTI rule. “The staggering increase in the current account deficit, trade deficit and policy rate was like pouring fuel onto the fire of economic destruction by the Imran Khan-led regime,” they added. “Even those associated with PTI, who had served in key positions, testify that the country is going to bankrupt under the current government.”

The PML-N leadership agreed that the government had completely failed to protect the national and public interests under grave circumstances created by the incumbent regime. “People would be forced to commit mass suicides if this government was allowed to continue any further.”