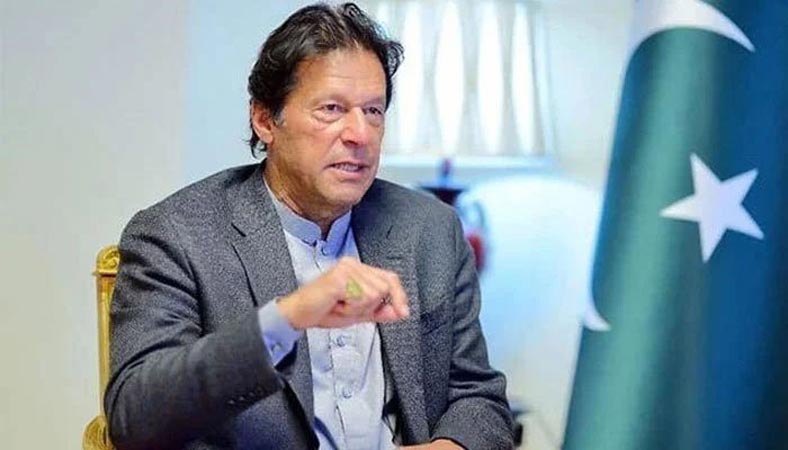 Minister for Foreign Affairs Shah Mahmood Qureshi, Minister for Defence Pervaiz Khattak, Minister for Information and Broadcasting Chaudhry Fawad Hussain, Minister for Interior Shaikh Rashid Ahmad, Minister for Finance Shaukat Tarin, Minister for Human Rights Dr Shireen Mazari, Chairman Joint Chiefs of Staff Committee, all services chiefs, National Security Advisor and senior civil and military officers attended the meeting, said the PM’s Office in a press release. The policy now will be furnished with the federal cabinet before its official adoption. Imran emphasized that the security of Pakistan rested in the security of its citizens and expressed confidence that Pakistan was well-prepared to meet any internal and external threats.

Calling the policy’s formulation and approval a historic moment, he said the policy must guide all organs of the government to ensure that their efforts were synchronized with the overall direction of the NSP. The premier instructed the National Security Adviser to present an implementation progress report to the NSC every month.

Revitalization of the Planning Committee and expansion of NSC’s Advisory Board was also unanimously approved by the meeting. The committee also appreciated the National Security Division and all other government departments for this effort.

National Security Advisor Dr Moeed Yusuf presented the policy and briefed the NSC on its salient features. Moeed said Pakistan was shifting to a Comprehensive National Security Framework whereby the ultimate purpose of national security was to ensure the safety, security and dignity of the citizens.

“To ensure this citizen-centric approach to security, the NSP put economic security at the core. A stronger economy would create additional resources that would in turn be judiciously distributed to further bolster military and human security,” the press release added. The participants were informed that the NSP had been created through a whole-of-government effort over the last seven years, and included extensive consultations among federal government institutions, with all provinces, and with the academia and private sector. It was highlighted that a detailed implementation framework had been created through which the National Security Division would review progress in collaboration with relevant ministries and departments.

Meanwhile, revitalisation of the Planning Committee and expansion of NSC’s Advisory Board was also unanimously approved by the committee.

Earlier this month, Premier Imran Khan had said that national security was more than just a matter of focusing on military might, adding that it encompassed inclusive growth as well. The prime minister said a similar focus was needed on human development as well and called upon the audience to highlight the issues in Pakistan’s three-tiered education system.