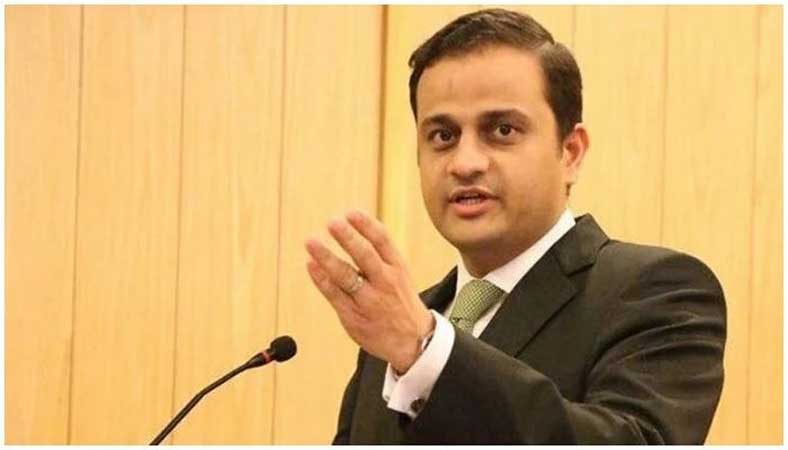 The Supreme Court Monday took back its order for removal of Murtaza Wahab from the post of Karachi administrator after he apologised following heated arguments in the courtroom during a hearing of Gutter Baghicha case at the Karachi Registry.

The court expressed displeasure with Murtaza Wahab for using harsh words and initially ordered his removal.

During the hearing, Chief Justice of Pakistan Justice Gulzar Ahmed instructed the Sindh chief minister to appoint an “impartial and competent” person in place of Murtaza Wahab.

Murtaza Wahab is not competent enough to serve on the post of Karachi administrator, the court observed.

“Get out,” the CJP told Murtaza Wahab, asking him to leave the court room.

“You are doing politics here,” the CJP remarked as he expressed annoyance at Murtaza Wahab.

“Should we walk out and leave the government,” Wahab harshly responded during the hearing.

He said major observations were issued against the government in the open courts, says a news report.

Wahab’s arguments infuriated the CJP and he told him to be quiet.

“Shut up mister! What are you talking about? Don’t do politics here,” the CJP reprimanded Wahab.

“Get out of here. [We] are dismissing you now,” the CJP ordered, asking Wahab if he was an administrator or a political leader.

“Administrators are deputed for the service of citizens. They work in an unbiased manner,” the court observed, adding that the administrator’s post was not to play politics.

“In general, the administrator [Murtaza Wahab] failed to fulfill his duties,” the CJP said, adding that Wahab’s attitude was of a politician and not a public servant.

“I apologize for my behavior,” Wahab said.

Justice Qazi Amin remarked that they had removed him from the office. “You are no longer an administrator. You are not part of the state but the government,” he said.

Speaking to media during a break in the hearing, Wahab said he accepted whatever the court’s decision would be.

He said he had apologised to the court. “I was stating my opinion with great respect,” said Wahab, adding that this court was his own court.

“[A person] should be heard before issuing a decision against them,” Wahab said as he looked forward to the court’s final decision after the break.

The court later accepted the apology of Murtaza Wahab after a short break in the proceedings and withdrew the order to remove him from office.

The court remarked that the park has been there since before the partition of the Indian sub-continent and it was meant to serve amenity purposes.

“The KMC which was supposed to build a park there [Gutter Baghicha land] illegally allotted the land to its officers for a housing society,” the publication quoted the court as saying.

The court was informed during the hearing that the allotment was made but no structure has been constructed on the land.