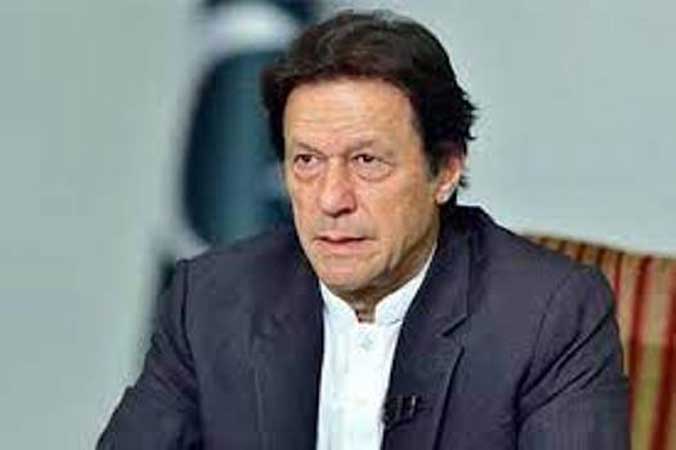 Prime Minister Imran Khan on Monday said that the present government, for the very first time in country’s history, had chalked out a comprehensive agricultural transformation plan and was implementing it on priority basis.

Mechanization of agriculture sector, provision of quality seed, efficient water management system and assistance in livestock farming were transforming the agriculture sector into a high yielding economic entity, he added.

The Prime Minister was chairing a meeting on priority sectors to review progress on the implementation of Agricultural Transformation Plan (ATP) and Special Economic Zones (SEZs).

He said that with the introduction of Kissan card, subsidy on fertilizer and genetic improvement of livestock, the government was aiming to achieve even higher yields as compared to the record yield achieved last year.

During the review-meeting on Agriculture Transformation Plan, it was informed that for dissemination of quality seed to increase the average yield and quality of the produce, relevant approvals have been made and fund release was in process.

For the genetic improvement of livestock, import of quality semen was proposed and the process was expedited and given high priority. Moreover in order to assist the livestock farmers, 9211 helpline has been revived in Punjab while it was near to completion in Khyber Pakhtunkhwa and andBalochistan.

The meeting was also informed that the project for mechanization of farming was near to completion whereby distribution of machinery to the farmers will start soon. This will help not only to increase the yield, but will also help cut the farming costs. In addition to the above, the development of a comprehensive and well managed Information and Communication Technology (ICT) system for agriculture sector, including extension services to assist farmers will also be launched in the first quarter of the coming year.

During the meeting, a comprehensive update was also given about institutional reforms regarding research institutes whereby 65% of the proposed interventions have already been implemented with a special focus on cotton research institute. Centers of Excellence regarding agricultural research were soon being launched in Punjab and other provinces with a focused approach on high yielding crops and the crops that will substantially reduce dependence on imports.

The meeting was given a detailed brief on olive cultivation and was informed that import of high yielding plants for 20,000 acres has already been commenced. Regarding shrimp farming, the meeting was given an update about hatcheries that have been established and are soon to be operationalized in Punjab and Balochistan. The meeting was also apprised of the fertilizer situation in the country, consumption of Urea, DAP and operation against hoarders.

The meeting was informed about the progress on collaboration with the Chinese Academy of Agricultural Research whereby transfer of knowledge with the aim to introduce innovative agriculture techniques will improve yield and diversity. The Prime Minister directed to take strict action against hoarders and profiteers and those involved in smuggling of Urea Fertilizer.

During the meeting on Special Economic Zones (SEZs), the Prime Minister said that his government’s focus was to increase investment in SEZs for the establishment of export oriented industries.

He said that the government’s business friendly policies and focus on ease of doing business had started rendering positive results. The Prime Minister said that increased investment of Overseas Pakistanis and foreign investors was the result of the trust which the government had earned by its effective policy measures.

The meeting was given detailed presentations on SEZs and initiatives taken by the Board of Investment (BOI), China Pakistan Economic Corridor (CPEC) Authority and relevant ministries to facilitate investors in obtaining NOCs and complying to different regimes both under provincial and federal governments.

The meeting was informed that four major SEZs, including Allama Iqbal Industrial City, Rashakai, Dhabeji and Bostan were operational with an overall count of 21 SEZs of varying sizes.

A one-stop-shop model for investors has been prepared by BOI to assist in the provision of basic amenities including electricity, gas, water and construction permits. A unified compliance regime has also been formulated for services under the provincial and federal government. In addition a proposal regarding the empowerment of Management Companies to obtain NOCs/Permits on behalf of the investors was also given.