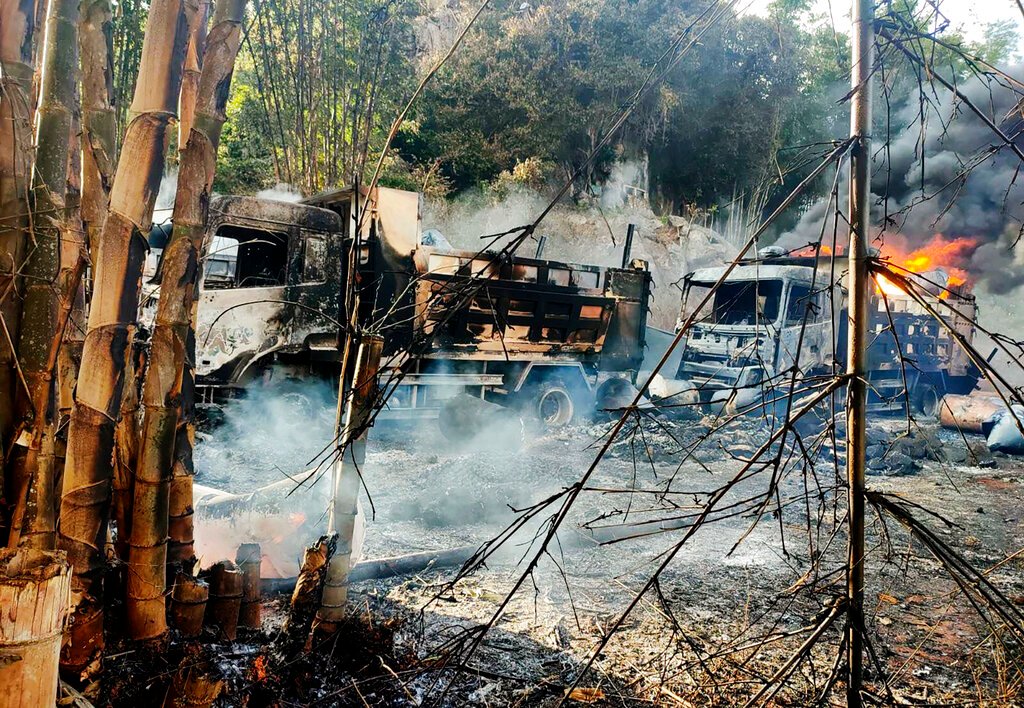 The new United Nations special envoy to Myanmar on Monday said she was “deeply concerned” by escalating violence in the country and called for a new year ceasefire between the military and its opponents.

Nationwide protests against the February coup have been met with a bloody crackdown, with more than 1,300 people killed and over 11,000 arrested, according to a local monitoring group. Diplomatic efforts to resolve the crisis led by the UN and the Association of Southeast Asian Nations have made little headway so far, with the generals refusing to engage with opponents.

Special envoy Noeleen Heyzer “is deeply concerned by the continued escalation of violence in Kayin State and other parts of Myanmar”, she said in her first statement since taking on the role. She also called for “all parties to… allow humanitarian assistance to be provided to those in need, including those forced to flee the violence”, and for all sides to come to a new year ceasefire.

On Sunday, a UN official said he was “horrified” by credible reports that at least 35 civilians were killed and their bodies burned in an attack on Christmas Eve in eastern Myanmar, and demanded the government launch an investigation. Two workers for non-profit group Save the Children remain missing — their vehicle was among several that were attacked and burned in the incident in Kayah state.

“The military reportedly forced people from their cars, arrested some, killed others, and burned their bodies,” it said in a statement. The charity said Monday it was still investigating the incident. There have also been fresh clashes in recent days between ethnic rebels and the military in Kayin state — also known as Karen state sending thousands fleeing into neighbouring Thailand.

A junta spokesman told last week that the military had carried out airstrikes against Karen National Union fighters and members of local “People’s Defence Force” groups that have sprung up to fight back against the putsch.

Singaporean sociologist Heyzer was appointed by UN Secretary-General Antonio Guterres in October, replacing Swiss diplomat Christine Schraner Burgener. Schraner Burgener had called for the UN to take “very strong measures” against the military to bring the country back to democracy and had been the target of regular broadsides in Myanmar’s state-backed media.

Since the coup, the Swiss diplomat had been blocked by the generals from visiting the country, where she had hoped to meet with former civilian leader Aung San Suu Kyi. Last week, state media reported the junta had closed her office in the country “since the activities of Ms. Christine Schraner Burgener have concluded”.

The junta said it had no comment yet in response to questions on whether it would allow Heyzer to open an office, or whether it would let her visit. On Monday, a junta court again postponed giving its ruling in Suu Kyi’s trial for illegally importing and possessing walkie-talkies, deferring the verdict to January 10. The Nobel laureate, 76, faces a catalogue of charges that could see her jailed for decades.