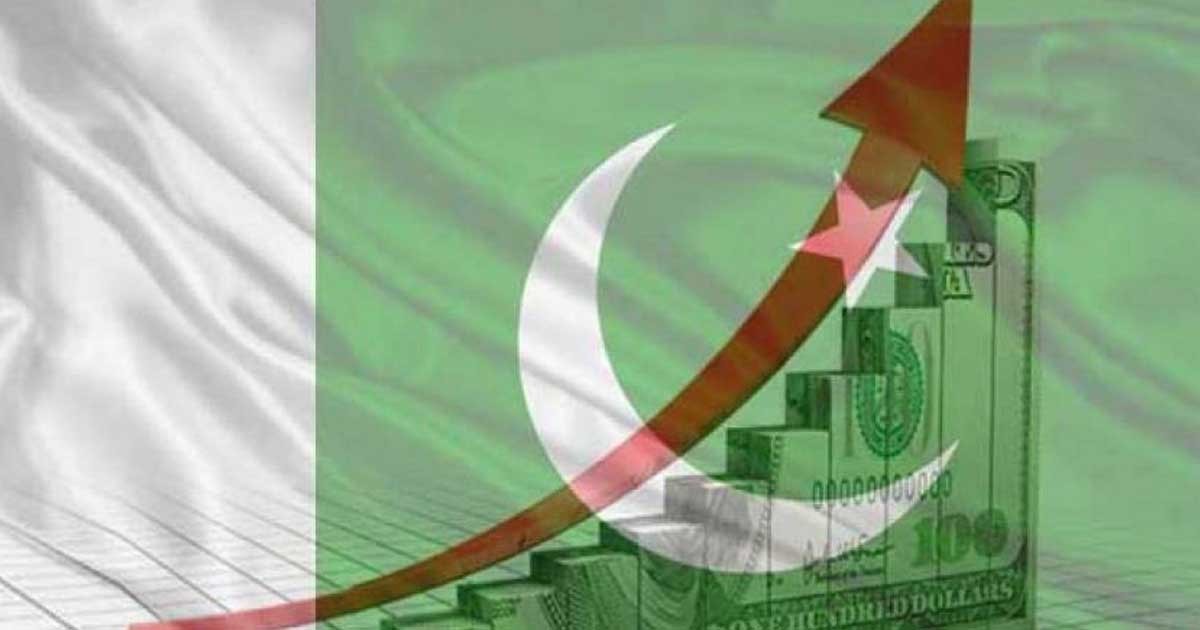 ISLAMABAD: The average monthly economic indicator (MEI) for the first five months of current fiscal year (2021-22) indicates that average economic (GDP) growth of Pakistan during the period could be estimated at around 5%, said a monthly report issued by the ministry of finance and revenue on Monday.

So far in the current fiscal year, Pakistan remains on a higher growth trajectory, accelerating from the GDP growth rate observed in FY2021, the “Monthly Economic Update & Outlook, December 2021” said. However, it said the inflation may ease out in the coming months due to the declining commodity prices in the global market. In addition, relief may also come from continuous Government efforts to soften food prices in the local markets by following appropriate fiscal and monetary policies. 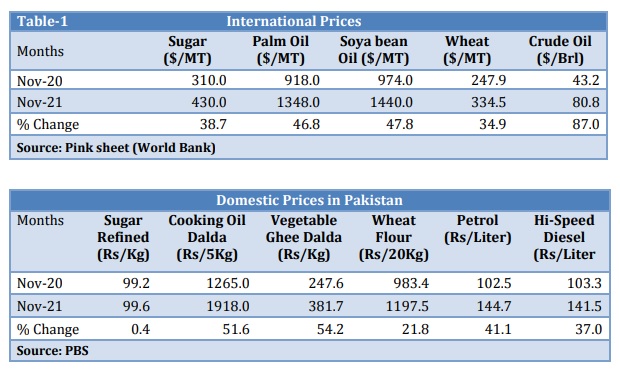 While these developments and policies may keep the monthly price dynamics in check, the current stress on the trade balance is expected to soften, easing exchange rate pressure and subsequently stabilizing the month-on-month (MoM) inflation.
The Monthly Economic Indicator (MEI) is based on combining monthly data of indicators that are correlated with GDP at constant prices.

Since March 2021, the MEI is on a higher level as compared to the previous months. This is based on observed favorable movements in macroeconomic high-frequency indicators such as growth in LSM (which is known to exert strong multiplier effects in services sectors), recovery in Pakistan’s main trading partners and strong growth in imports of capital goods.

The momentum in the economic dynamism observed in recent months is expected to support economic activity in November. According to balance of payment (BOP) data, exports of goods and services increased by around 13 percent in November as compared to October. They have now settled well above the US$3 billion mark and are expected to climb further in coming months so as to reach a new higher level for the foreseeable future.

This strong export performance is the result of several positive factors. First, although the cyclical position in the main trading partners (as witnessed by the CLI) seems to stabilize, the underlying growth trend in those countries remains very strong, following the recovery in their potential output growth.

Furthermore, recent increase in international commodity prices have inflated the cost of these imported goods. However imports may settle at lower levels gradually in the coming months. Imports are indeed expected to react to higher domestic interest rates, given the historically observed negative interest rate effect on import demand. Furthermore, the Government continues on implementing measures to curb unnecessary imports and to supply domestic alternatives in some markets, especially food products.

Also, the baseline scenario is based on a downward correction of international commodity prices. The report added that on the basis of these events, the trade deficit will stabilize in coming months. The expected developments in export and import activities imply that the trade balance may gradually improve in coming months and settle down at significantly lower levels in the second half of the current FY.

Assuming stable remittance inflows, the expected improvement in the trade balance will be reflected in declining current account deficits, such that these deficits remain manageable and financeable. The government’s fiscal consolidation efforts are paying off in terms of improved fiscal accounts. During Jul-Oct FY2022, the growth in net federal revenues outpaced the growth in expenditures. Resultantly, the fiscal deficit has been brought down to 1.1 percent of GDP during the first four months of FY2022 against 1.7 percent of GDP in the same period last year.

With prudent expenditure management and an effective revenue mobilization strategy, it is expected that the overall fiscal deficit would remain within the reasonable level. FBR tax revenues are performing remarkably well and continue to surpass its revenue target during the first five months of the current fiscal year. It shows that FBR is well on its way to achieve the assigned target for FY2022.

It is worth mentioning that various tax reforms are underway to improve the documentation and maximum taxpayer’s facilitation that will further improve the tax collection and support in achieving the target set for the current fiscal year, the report added