PIC expired stents case: Action must be taken against the five doctors 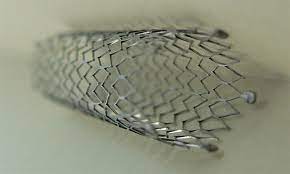 LAHORE: In a case involving the suspected placement of outdated stents into the hearts of patients, an inquiry committee recommended action against five doctors from the Punjab Institute of Cardiology (PIC) on Monday.

According to the inquiry committee, an investigation into more than 40 PIC doctors is underway, and five of the doctors have failed to appear before the committee after being summoned several times.

The action has been recommended under the Punjab Employees Efficiency, Discipline and Accountability Act (PEEDA), sources said.

‘Recently’ expired stents were inserted into 20 patients at Punjab Institute of Cardiology (PIC). Sources said the PIC has also traced the patients and all of them were totally symptom-free.

“We’re keeping a tight eye on the patients, and happily, they’re all doing well,” said a senior person briefed on the situation. He went on to say that in the worst-case scenario, even stents that had not yet expired could fail.