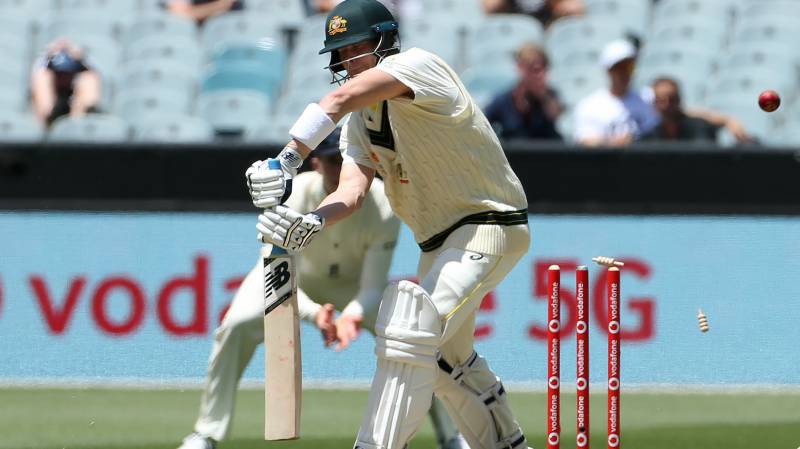 Marcus Harris made a battling 76 as Australia edged 15 runs clear at tea on day two of the third Test after England staged a fightback to keep their Ashes hopes alive on Monday.

It came after the visitors — who must win in Melbourne — were rocked by four positive Covid cases in their camp, but no players were among them.

At the break, Australia were 200 for six with Cameron Green unbeaten on 12 and Alex Carey not-out nine in reply to England’s first-innings 185.

After heavy defeats in Brisbane and Adelaide, England must win to keep the five-Test series alive, with Australia only needing a draw to retain the urn as holders.

On a pitch that favoured the bowlers, England took their chances with Harris and Travis Head (27) falling in the session, both caught by the safe hands of captain Joe Root at slip.

The breakthroughs came after the visitors nabbed the key wickets of Marnus Labuschagne and Steve Smith, along with nightwatchman Nathan Lyon, before lunch.

Jimmy Anderson was at his fearsome best with figures of 3-24 off 19 overs.

England had crumbled in the final session of the opening day, with Australia then surviving 16 overs to go to stumps on 61 for one with dangerman David Warner out for 38 to Anderson.

Harris resumed on 20 with Lyon yet to score.

The maligned opener came into the game under pressure after a poor series so far, but hung on grimly as Australian wickets tumbled around him.

Harris repaid the faith of coach Justin Langer by bringing up only his third 50 in 13 Tests, and his first in two years, with a three off Mark Wood.

But he fell on 76 with the brilliant Anderson enticing an edge that Root took at slip, leaving Harris still searching for a maiden Test century.

Head, who made a swashbuckling 152 at the first Test in Brisbane, compiled a good-looking 27 before flailing at a probing Ollie Robinson ball, also caught by Root to snap a 60-run stand with Harris.

Play began half an hour late after Covid drama in the England camp, with the team forced to undergo urgent rapid antigen tests as they were about to leave for the MCG.

Coronavirus impacted the second Test at Adelaide with Australian captain Pat Cummins ruled out just before the start for being in close contact with a positive Covid-19 case.

When play got under way on day two at the MCG, Lyon didn’t last long, hitting a breezy 10 before prodding at a full-length Robinson delivery that took a thick edge and carried to Jos Buttler behind the stumps.

Harris smacked an early boundary off Anderson, but was cautious, knowing he needed a big score.

He survived a review decision on 36 after being given out lbw and a difficult stumping on 63 before his luck finally ran out.

Labuschagne, the new number one Test batsman after his century in Adelaide, had a rare failure, undone by the pace of Wood, edging to Root on one in a massive moment for a resurgent England.

Harris was joined by the usually reliable Smith, who made 16 before being bowled by Anderson to leave the match finely poised.