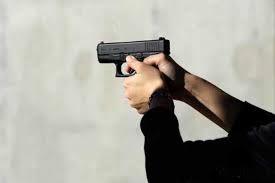 Lahore: Three Chinese citizens were looted in Chung area of Lahore on Monday(today).

The Chinese citizens named Zoodi Pang, Jaing and Kun were going from their residence in Bahria Town to Sundar Industrial Estate in a car. According to the report, suddenly a gang of six robbers intercepted them and made them to stop their car at gunpoint.

Police said that the robbers also snatched a rifle from the guard of the Chinese nationals.

The force claimed that its personnel at the place of incident, but failed to get hold of the dacoits who managed to flee from the spot.

Furthermore, CCPO Lahore Fayyaz Ahmad has sought report from the DIG Operations while taking notice of the incident.