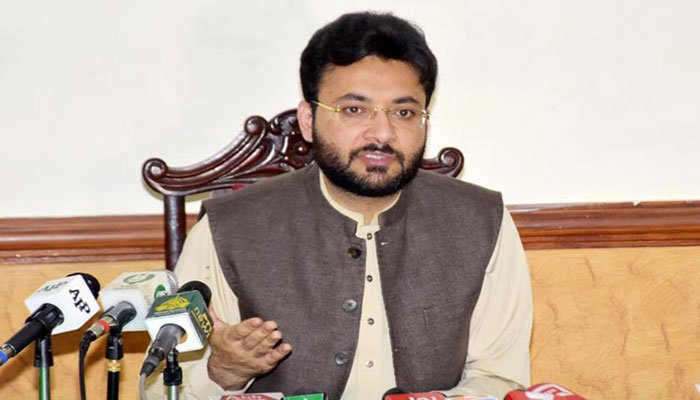 FAISALABAD: State Minister for Information and Broadcasting Farrukh Habib has said that the Christians and other minorities are completely free to practice their own religious rituals without interference of any element.

He was addressing a Christmas cake-cutting ceremony while inaugurating various development schemes at Khushal Town. The state minister said that the government was promoting religious harmony which would not only attract the foreigners to visit their religious holy sites in Pakistan but also enjoy the serenity, beauty and cultural harmony of our society.

He on the behalf of Prime Minister Imran Khan and the Pakistani nation congratulated the Christian community on the Christmas and said that all available resources were being utilised to provide basic amenities to minorities in addition to protect their rights.

The government had started fulfilling its promises and various development schemes had been launched to improve life standard of the people, he added. He said that 8,000 feet long sewerage line would be laid down in Khushal Town area and the project would be completed in four to five months on war-footing.

Similarly, public parks and playgrounds would also be constructed on government lands while Rs 100 million had so far been spent on water filtration plants in the area, he added. He told that more plants would be arranged to provide clean drinking water to 100 per cent population of the locality. He said that construction work on Satiana Road, Samundri Road and Jhang Road had been started to facilitate the commuters and motorists while development of General Hospital Haseeb Shaheed Colony was also in full swing and the project would be completed by June 2022.

The state minister said that provision of health cards had been started and the facility would be extended to each family in Punjab by March 2022. He said that the Christian community and other minorities had also been included in this scheme and the card holder would be entitled to get free-treatment from the hospital of his own choice.

Farrukh said that Rs120 billion had been allocated under Ehsaas Ration Programme to facilitate 20 million low-income families and under this programme, each family would get subsidy of Rs 1,000 per month on flour, pulses and ghee.

He said that the government had also made the banks bound to provide loans for 15 to 20 years for construction of houses. Later, the minister also cut a Christmas cake and prayed for security of the country.