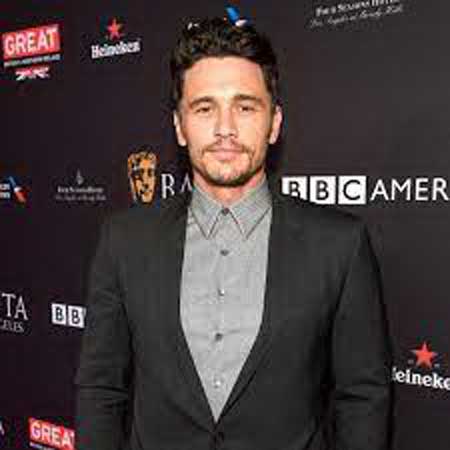 James Franco has admitted to sleeping with students in the past while he was an acting teacher, his first comments on the matter in almost four years, in wake of a sexual misconduct lawsuit filed against him that was recently settled.

In 2019, two former acting students filed a class action suit against Franco for alleged sexual harassment, exploitation and coercion. This past June, court records showed the actor agreed to pay a $2.2 million settlement. The lawsuit followed similar accusations that one of the students in the lawsuit, three others and another woman made in the press in 2018. The actor had denied their allegations. On a Dec. 23 episode of SiriusXM’s The Jess Cagle Show, Franco addressed the issue for the first time in almost four years and also made a confession.

In the lawsuit, the plaintiffs alleged that Franco ran a “Sex Scenes” master class at the now-defunct film and acting school Studio 4 and that “student-actors were encouraged to perform and improvise sexual acts during the audition process.” The suit said Franco did not attend the tryouts but rather had them taped, after which he “hand-picked” his students.

“I wasn’t the person that selected the people to be in the class,” Franco said on the podcast. “So it wasn’t a master plan on my part. But yes, there were certain instances where, you know what, I was in a consensual thing with a student and I shouldn’t have been. I suppose at the time, my thinking was if it’s consensual, OK. Of course I knew, talking to other people, other teachers or whatever, like, yeah, it’s probably not a cool thing. At the time, I was not clearheaded.”

The lawsuit claimed that Franco displayed “widespread inappropriate and sexually charged behavior towards female students by sexualizing their power as a teacher and an employer by dangling the opportunity for roles in their projects.” The suit also claimed that students were “routinely pressured to engage in simulated sex acts that went far beyond the standards in the industry.”

“The stupidest thing I did, or one of the stupidest things I did at the school was I called one of my classes, a master class, ‘Sex Scenes,'” Franco said on The Jess Cagle Show. “I was not teaching people how to do sex scenes or intimate scenes or anything of that nature. It was a provocative title…It should have been called ‘Contemporary Romance’ or something like that. It was a class where they did scenes about whatever their romance is, what they go through as young people. So meeting people on dating apps or breakups, or just a bad date, stuff like that. That’s what was being done in that class. It was not sex scenes.”

On The Jess Cagle Show, Franco did not comment directly on specific sexual misconduct allegations made against him. However, he did explain why he agreed to give an interview nearly four years after the initial claims were made publicly.

“In 2018, there were some complaints about me and an article about me and at that moment, I just thought, I’m gonna be quiet. I’m gonna pause,” he said. “Did not seem like the right time to say anything. There were people that were upset with me and I needed to listen.”

Franco also revealed on the podcast that in addition to his long battle with alcoholism, since 2016, he has also been in recovery for sex addiction.

“I’ve just been doing a lot of work,” he said. “And I guess I’m pretty confident in saying like, four years, you know? And, I was in recovery before, you know, for substance abuse. And, there were some issues that I had to deal with that were also related to addiction. And so I’ve, I’ve really used my, my recovery background to kind of start examining this and, and changing who I was.”

Also during the podcast, Franco talked about comments Seth Rogen, a frequent collaborator and friend-has made about him. Earlier this year, soon after Franco reached the settlement with his accusers, Rogen distanced himself professionally from him in a Sunday Times interview, saying, “I…look back to that interview in 2018 where I comment that I would keep working with James, and the truth is that I have not and I do not plan to right now.” “I love Seth Rogen,” Franco said on The Jess Cagle Show. “I worked with him for 20 years. We didn’t have one fight for 20 years. Not one fight. He was my absolute closest work friend, collaborator. And um, you know, we just gelled and what he said is true, we aren’t working together right now and we don’t have any plans to work together.