* Since the birth of his daughter, Chris has occasionally documented his two kids' adorably close bond with one another on his Instagram Story, posting photos cuddled up close with them both 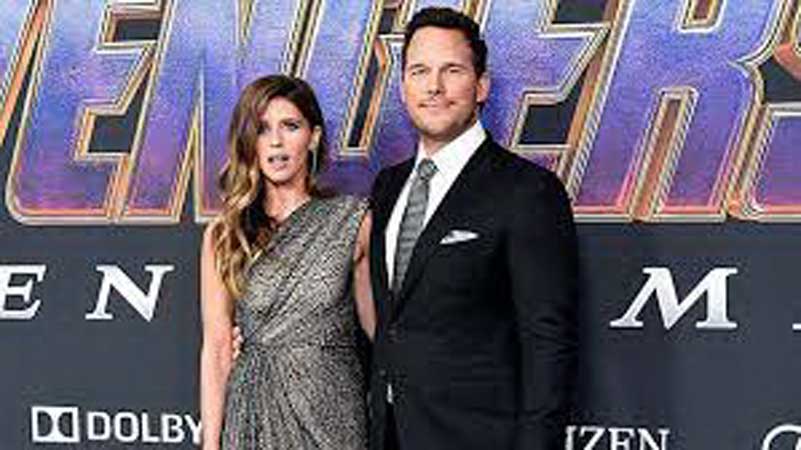 The best-selling author, 32, and Guardians of the Galaxy star, 42, are already parents to daughter Lyla, who was born in August 2020. Chris also co-parents his son, Jack, 9, with ex-wife Anna Faris.

Since the birth of his daughter, Chris has occasionally documented his two kids’ adorably close bond with one another on his Instagram Story, posting photos cuddled up close with them both.

However, speaking with Daily Pop in July, the Tomorrow War actor shared his desire to have more children with his wife, whom he married in 2019, in the future.

“I would love to have more, as many as the man upstairs will provide,” he said. “We’ll do it. I’ll probably have to talk to Katherine about that but my plan is, let’s go.”

He also shared that his style of playing with his children has evolved since becoming a father of two. “I don’t roughhouse quite as much as I did,” he said. “I kind of just want to cuddle both of them.”

But his love for his children has never wavered, stating, “The high common denominator is just kind of this unquenchable desire to want to be close to them, be next to them, to protect them and love them. It’s the best.”

In June, Chris told Daily Pop co-host Liliana Vazquez that it wasn’t until having his second child that he realized “the uniqueness of the first child.”

“When you have one child, you just think, ‘Oh that’s what babies are like,'” he said. “And then a second child comes along, and they might do things differently from the get-go, and you say, ‘Oh wow, OK so that was actually unique what my first child had done.’ Each child is unique and special and they’re not just punched out of a mold.”

Back in April, Katherine opened up about Lyla and her growing personality, including her love of the family’s dog Maverick.

“She loves watching him and being around him and always wants to grab him and try to be around him more,” she told E! News. “So she definitely has my passion for animals already starting at a very early age, which is exciting to see as a new mom.”

She also shared her plans for celebrating her first Mother’s Day as a mom, calling it a “really special” holiday.

“I mean, Mother’s Day every year has always been really special for me because I have such an incredible mom and being able to honor her and celebrate her every day, especially that day, is really important to me,” Katherine said. “It’s always been an exciting holiday and then, of course, having my daughter now and being able to be a mom makes it a little bit more exciting in having my first Mother’s Day.” E! News has reached out to their reps for comment.