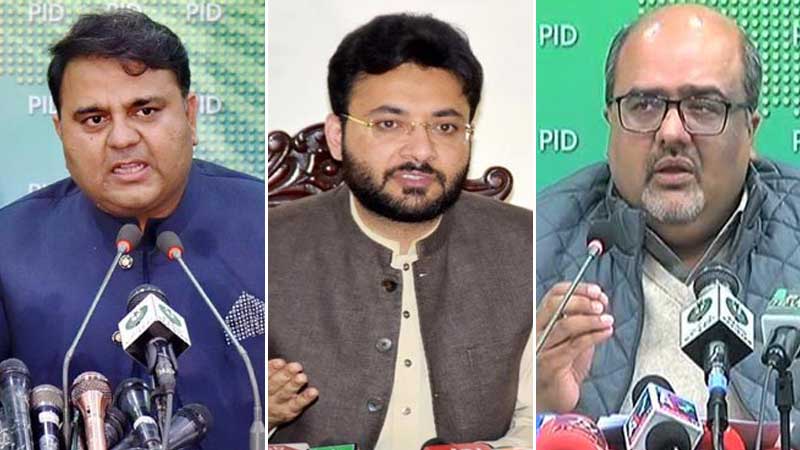 Ministers Sunday hit back at former prime minister and PML-N Quaid Nawaz Sharif after a news report revealed that the affidavit signed by former Gilgit-Baltistan top judge Rana M Shamim was notarised at the ex-PM’s office in London. Citing exclusive evidence, the story said the ex-chief judge of Gilgit-Baltistan took the oath and signed the affidavit at the office of Nawaz Sharif. The affidavit attempted to incriminate former chief justice Saqib Nisar and sitting Islamabad High Court judges.

It accused the former top judge of trying to coerce a judgment from a sitting IHC judge against the ousted PM Nawaz Sharif and his daughter, Maryam Nawaz Sharif.

Reacting to the report, Prime Minister’s Special Assistant on Accountability Shahzad Akbar said the affidavit was a ‘premeditated attack’ on the judiciary.

In a tweet, Shahzad said it had also been revealed that Nawaz Sharif had Rana Shamim sign the shady affidavit in his presence at his office.

“The big question now was who gave the questionable affidavit to the journalist, as Rana Shamim had said that it was in a safe.”

Federal Minister for Information and Broadcasting Fawad Chaudhry Sunday said former Gilgit-Baltistan chief justice Rana Shamim had got his affidavit notarised in the presence of Nawaz Sharif at his office.

Taking to Twitter, Fawad Chaudhry shared a newspaper clipping and said new revelations had proved once again that the Sharif family worked like a Sicilian mafia.

He said the report exposed Sharif family’s expertise in blackmailing institutions, including the judiciary, like a “mafia” As per the report shared by the minister, “Rana Shamim, former chief judge of Gilgit-Baltistan took the oath and signed an affidavit in the office of none other than Mian Nawaz Sharif, trying to incriminate former chief justice of Pakistan Mian Saqib Nisar and honorable sitting judge of the Islamabad High Court.”

On November 17, it was reported that ex-CJ of Gilgit-Baltistan Rana Shamim was in direct contact with PML-N supremo Nawaz Sharif, Shamim’s son, Ahmed Hassan Rana had claimed.

Speaking to a private news channel, Supreme Court’s Advocate Ahmed Hassan Rana had said that his father had had long-standing relations with Nawaz Sharif and that he had been the vice president of PML-N Sindh’s lawyer wing. He had said his father was Nawaz Sharif’s lawyer in the Memogate scandal case. Meanwhile, Minister of State for Information and Broadcasting Farrukh Habib said on Sunday that Rana Shamim was an official of PML-N lawyers’ wing and his son has admitted this on a television channel.

In a tweet, he said it was a great revelation now that Nawaz Sharif got the affidavit written in his presence to attack the judiciary.

Farrukh remarked that this was the reason Nawaz Sharif was called godfather of the Sicilian mafia.

“From assault on SC to calls to Justice Qayyum to this latest affidavit saga, it’s a repeated story of corruption on all fronts!” she said.