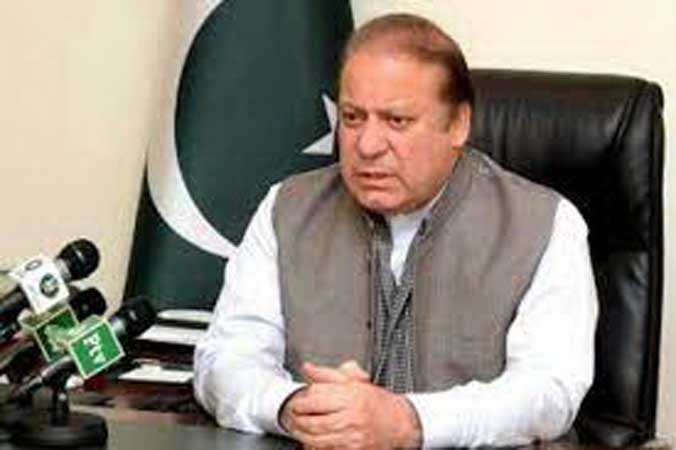 The very statement by the PML (N) leader Ayaz Sadiq that former Prime Minister Nawaz Sharif is returning home soon caused a lot of stir in the country, giving the impression that an understanding of some sort has been reached between the PML (N) and the powers that be. There, is however, no veracity in it, reliable sources cognizant of the whole situation confided to Daily Times. According to sources, the PMLN leader will not return to Pakistan, rather land in Qatar where all preparations regarding his stay are being overseen by his old and trusted aide Saifur Rehman.

The reason behind Nawaz Sharif leaving London is that his application for visa extension was rejected by the British authorities in August this year. On this, the Sharif family had lodged an appeal with the Immigration Tribunal. Since the chances are very slight that Nawaz Sharif will get an extension on his visa, hence, the sources said that arrangements have been made for his stay in Qatar as his deportation from London to Pakistan will not only entail a lot of embarrassment but also land him in prison for being convicted in a number of corruption cases. Nawaz Sharif has been living in London since November 2019 after he was allowed to leave the country for medical treatment in light of Lahore High Court’s judgment which was issued after the PML-N leader signed a court approved undertaking saying that he would return to the country within four weeks. But this never happened and in December last year, Nawaz Sharif was declared a proclaimed offender in Avenfield Properties and Al-Aziza cases by the Islamabad High Court after he failed to appear before the court. The government then subsequently cancelled his passport.

It also merits mentioning here that some other members of the Sharif family including Nusrat Shehbaz, Salman Shehbaz and Ali Imran, the son in law of Shehbaz Sharif have also reportedly reached Qatar following British authorities raid on their residence, giving them the notice to leave London in two days else they will be deported because of their overstay. The sources confirmed that Sharif family’s all time rescuer Saifur Rehman also managed the matters regarding their stay in Qatar.

When asked about the reported contacts between Nawaz Sharif and the establishment in London, the sources denied the same saying the rumors in this regard were spread only to create confusion and unrest in the ranks of the sitting government. They said the PML-N leader is holding meetings with political figures and the focus is on firming a strategy to de-seat Prime Minister Imran Khan. “Most recently, PPP leader Faryal Talpur also met Nawaz Sharif in London where matters pertaining to bringing a no-confidence motion against the PM were discussed”.

The sources were of the view that the PML-N leader will only return to Pakistan in the case of a successful planned no-confidence motion against PM Khan and relief in the corruption cases.