PML-N eyeing yet another ‘deal’ 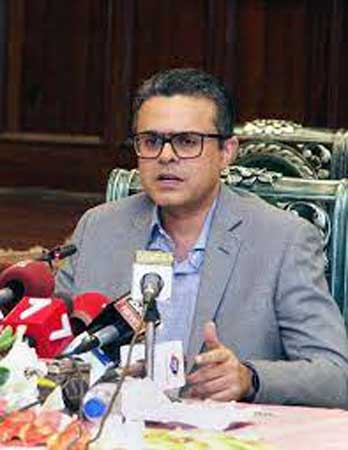 Special Assistant to the Chief Minister Punjab on Information and spokesperson for the Punjab government Hasaan Khawar Sunday said the PML-N’s “Respect the Vote” slogan had turned out to be a shallow promise, as PMLN was now eyeing yet another deal.

He said Nawaz Sharif’s return to Pakistan will purely be on technical grounds of expired visa and should not be confused with his fake love for the country. He expressed these views during a media talk after the 6th National Writers Conference at Al-Hamra, Lahore on Saturday. Khawar further said that Nawaz Sharif will be treated according to the justice system.

In response to a question, he said the PTI was currently the most democratic party in Pakistan. Pakistan Tehreek-e-Insaf (PTI) neither manifests hereditary politics nor has a kitchen cabinet where a family decides the fate of 220 million people at their breakfast table. Khawar said the changes in the PTI’s administrative structure were part of preparations for the second phase of local bodies’ elections in KP and in Punjab. Replying to a question, he said the Sharif family doesn’t even bother to comment on the influx of billions of rupees in bank accounts of their personal employees. Today, for the first time, all the institutions are on the same page, he stated.