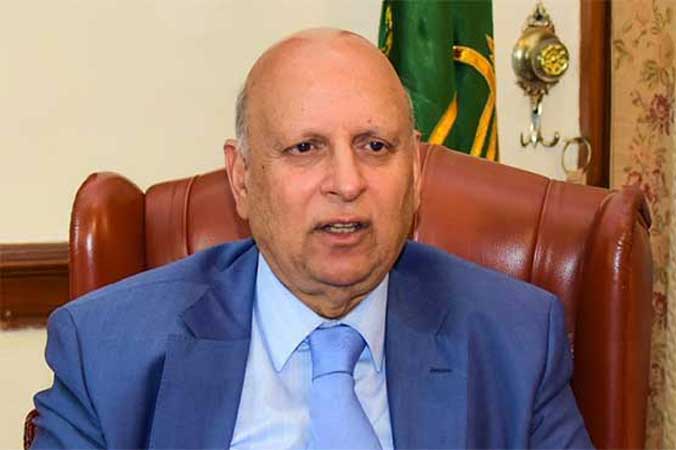 They advised the opposition to wait for general election 2023 instead of resorting to agitation on roads. They made it clear to the opposition that the government would complete its constitutional term and general election in the country would be held on time in 2023. They also expressed concern over the growing atrocities against minorities in India. During the meeting, they discussed issues related to party and the government affairs. The Punjab governor appreciated the steps taken by Education Minister Shafqat Mehmood for a uniform education system throughout Pakistan and also congratulated him on becoming the President of PTI Punjab.

Chaudhry Sarwar said that despite the worse situation arising out of corona pandemic, Prime Minister Imran Khan has taken steps to make Pakistan economically strong and prosperous. Due to his efforts, Pakistan is emerging out from economic crisis and international organizations are also acknowledging the steps taken for development in Pakistan’s economic sector. The present government will use all its resources for the development and prosperity of the people and maximum relief will be given to the people. Chaudhry Sarwar said that the people have given a mandate to the PTI government to rule for five years and it is the constitutional and democratic right of the PTI government to complete the constitutional term. Political opponents should also wait for the next general elections in the country instead of agitating on roads.

Protest has never been a threat to the government before and ‘we will not be afraid even now.’

The federal minister said, “I am grateful to Prime Minister Imran Khan for reposing confidence in me and making me President of PTI Punjab. Inshallah, I will keep the trust of the party leadership along with strengthening the party structure across Punjab, the workers will also be given their due respect and dignity.” He said that the PTI government faced no threat from any protest of political opponents and the constitutional term would be completed. The government under the leadership of Imran Khan is taking practical steps for the empowerment and prosperity of the common man.