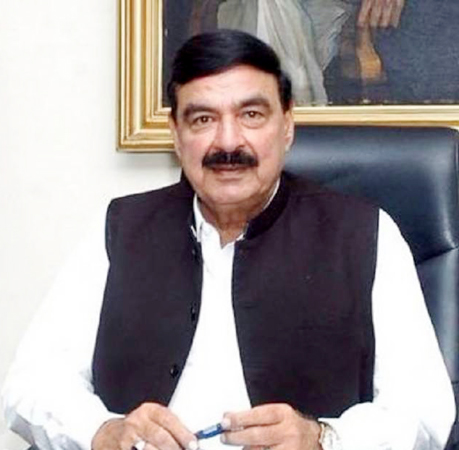 KARACHI: Interior Minister Sheikh Rasheed Ahmad on Sunday said that he was poised to issue a visa and a ticket to PML-N Supremo Nawaz Sharif for his return to the country.

Sheikh Rasheed, who is on a seven-day visit to Sindh province, said that Nawaz Sharif is neither sick nor he has consulted any doctor for his treatment in London. He expressed these views while addressing a press conference here at a local hotel. The Interior minister said that PML-N supremo merely issued statements against the institutions. He said that these statements would not make any difference and Prime Minister Imran Khan was not going anywhere.  “Imran Khan currently enjoys a better working relationship with the establishment,” he said.

Sheikh Rasheed alleged that the highest cases of corruption in the world were against Shahbaz Sharif, adding that Nawaz Sharif and Asif Ali Zardari were the most corrupt persons of this country.  “Replying to a question on inflation, he said that the seeds for the same were sowed by the previous governments.