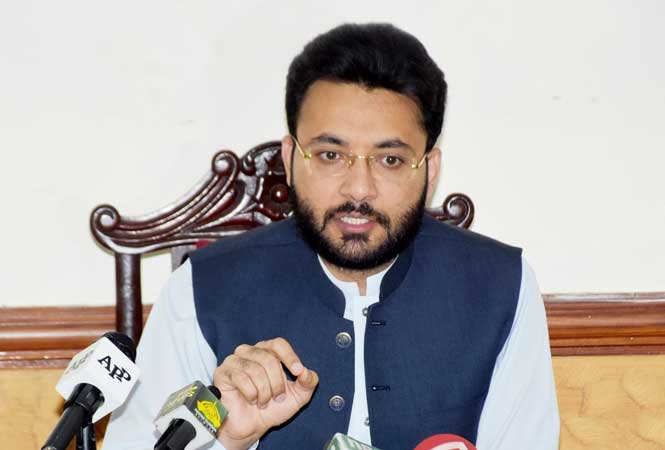 Minister of State for Information and Broadcasting Farrukh Habib on Saturday congratulated newly appointed organizational officials of Pakistan Tehreek-e-Insaf and expressed the hope that they would run the affairs of the party in the best possible manner.

Farrukh Habib said that Prime Minister Imran Khan took this step to make the party affairs more organized and effective. Farrukh said that Pakistan Tehreek-e-Insaf (PTI) was the only party which was represented in all the units of the federation. He expressed the hope that in the next phase of local in KPK and Punjab local government elections, PTI would emerge victorious.

Life of Quaid-e-Azam beacon of light for young generation: Minister of State for Information and Broadcasting Farrukh Habib said on Saturday that life of Quaid-e-Azam Muhammad Ali Jinnah was a beautiful combination of courage, hard work, honesty, determination and truth.

Addressing a ceremony held in connection with the 145th birth anniversary of Quaid-i-Azam Muhammad Ali Jinnah here at Aiwan-e-Iqbal, he emphasized on understanding the context of the Pakistan resolution, Allahabad address and letters of Dr Allama Muhammad Iqbal written to the father of the nation.

Waleed said that Allama Iqbal in the last part of his Allahabad address mentioned about the lack of leadership which the Muslims of sub-continent had been facing.

He said that Allama Iqbal in his letters to Quaid-i-Azam Muhammad Ali Jinnah had mentioned, “Jinnah you are the only person who can lead Muslims.”

The Senator said that people asked Allama Iqbal why you said this for Quaid-i-Azam Muhammad Ali Jinnah, who (Iqbal) responded because Jinnah was honest and unpurchasable.

Earlier, a cake was also cut to mark the birth anniversary of the father of nation Quaid-i-Azam Muhammad Ali Jinnah.

Later, dua was offered for peace, progress and prosperity of the country.