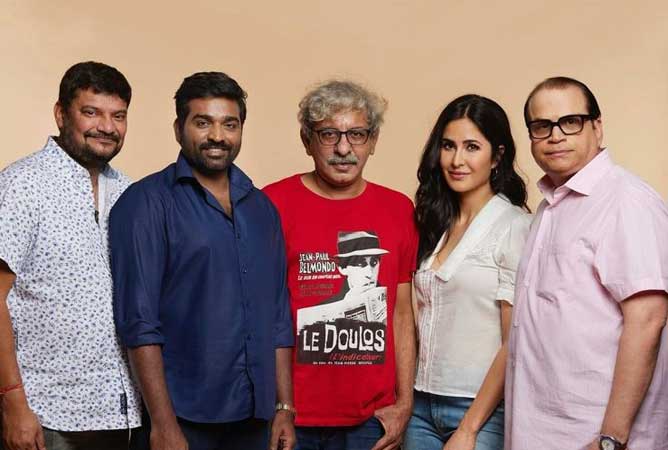 Bollywood diva Katrina Kaif has officially announced her new project as she returned to work after her wedding with Vicky Kaushal.

Taking to Instagram, Katrina shared a sweet photo with actor Vijay Sethupathi, director Sriram Raghavan and others from the sets of her upcoming film as she resumed work.

She also officially announced the title of the film, Merry Christmas.

The Sooryavanshi actor wrote, “New Beginnings. BACK ON SET with director #sriramraghavan for Merry Christmas!.”

She further said, “I’ve always wanted to work with Sriram Sir, He is a master when it comes to narratives that showcase thrillers and it’s an honour to be directed by him.”

“Super excited to be teaming up with @actorvijaysethupathi for this one produced by @rameshtaurani & @sanjayroutraymatchbox.”

Katrina and Vicky Kaushal tied the knot on December 9 this year.