My position in the film industry today would not be what it is without Salman: Kabir

* The comedy drama featured Salman as a man, who embarks on a journey to take a mute six-year-old Pakistani girl, separated in India from her parents, back to her hometown 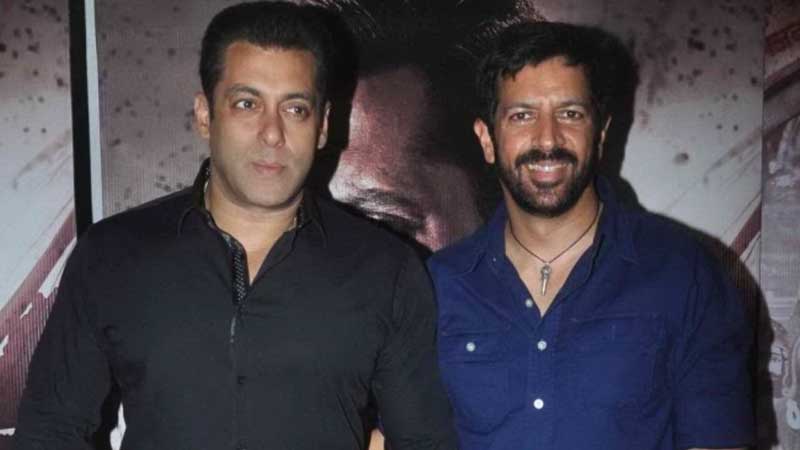 Director Kabir Khan says his association with Salman Khan helped him cement his position as a filmmaker in the industry and he would love to team with the Bollywood superstar on yet another project.

His comments come days after Salman announced the sequel to their film Bajrangi Bhaijaan with veteran screenwriter KV Vijayendra Prasad, who wrote the story for the 2015 original.

The comedy drama featured Salman as a man, who embarks on a journey to take a mute six-year-old Pakistani girl, separated in India from her parents, back to her hometown in the neighbouring country.

Asked about whether he will return behind the camera for the follow-up of Bajrangi Bhaijaan, Kabir said it’s all up in the air. “Ultimately, it’s about sitting on a script. It’s about Salman and I sort of equally getting excited about it and seeing if we can do that. I would give my right arm to do a film with Salman again.

“My association with him has been really good for me. I’ve learnt a lot. I can very honestly say that my position in the film industry today would not be what it is if it wasn’t for my collaboration with Salman. But specifically about ‘Bajrangi…’, we have not got down to that level,” the filmmaker told PTI.

Kabir started his career working in documentary films and then made his feature film directorial debut in 2006 with Kabul Express, starring John Abraham and Arshad Warsi.

The director first collaborated with Salman on the 2012 spy action drama Ek Tha Tiger, which marked the beginning of a successful franchise under the banner of Yash Raj Films. They reunited for Bajrangi Bhaijaan 2 and Tubelight

While the first two films were well loved by the audience, the third title received a lukewarm reception even from many of Khan’s fans. However, all three went on to become huge hits at the box office.

Kabir said he is not committed to any project as of now.

“I have been writing some scripts. I’ve heard some fabulous stories and I’m developing them. In a month or two, I should be able to decide what I’m doing and then I’ll announce it,” he added.

The director’s latest release is 83, the sports drama based on India’s historic victory in the 1983 Men’s Cricket World Cup under Kapil Dev’s captaincy.

Starring Ranveer Singh as Dev, the film released theatrically on Friday and has been garnering mostly favourable reviews from audience and critics alike.