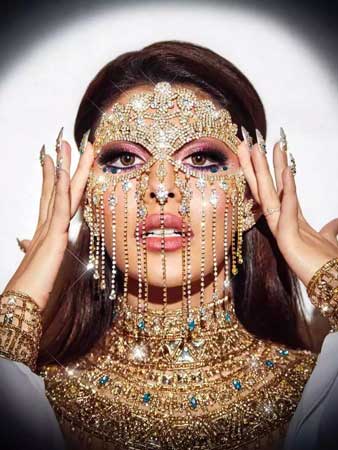 India’s Enforcement Directorate (ED) is likely to seize gifts from actors Nora Fatehi and Jacqueline Fernandez, given to them by conman Sukesh Chandrashekhar.

According to close sources, Enforcement Directorate is likely to soon take hold of the gifts worth crores given to Bollywood beauties Nora Fatehi and Jacqueline Fernandez by conman Sukesh Chandrashekhar.

As per the recent development in the 200 crore money laundering case, the valuables will be taken into custody by ED soon. ED official mentioned that since they had to file a charge sheet first, it caused an unwanted delay in the process.

According to close sources, the ‘Street Dancer’ actor during a questioning session, has stated to officials that they were free to seize the BMW car gifted to her by the conman. Similarly, the ‘Race 3’ actor has claimed that she didn’t know the background of Sukesh Chandrashekhar and she was ready to cooperate with the officials in the process of seizing the gifts given to her by Sukesh. Allegedly, the ‘Kick’ star has received gifts worth more than 10 crores by multimillionaire Sukesh Chandrashekhar between December 2020 and August 2021, whereas, actor/dancer Nora Fatehi was gifted a BMW car by conman’s wife Leena Maria Paul. These gifts were suspected to be bought using extorted money, making actors proceeds of crime.

Furthermore, it is reported that Sukesh also presented a BMW car to Jacqueline’s sister who is residing in the US and a Porsche car and roughly $1,80,000 to her mother.