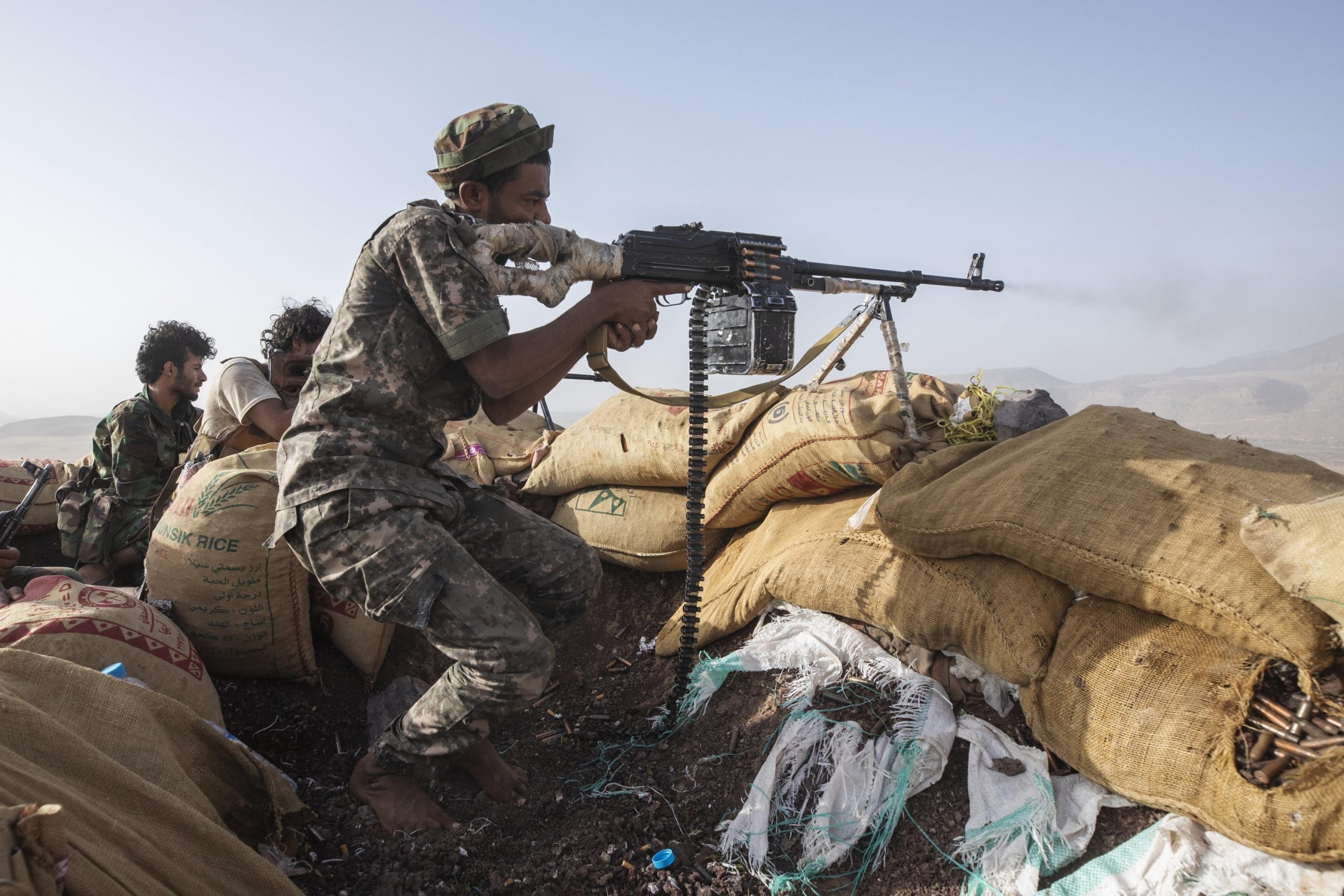 Two people were killed in Saudi Arabia in a projectile attack blamed on Yemen’s Huthi rebels, while three died in Yemen in a Riyadh-led coalition airstrike, officials said Saturday.

Yemen has been wracked by civil war since 2014, pitting Iran-backed Huthi rebels against the internationally-recognized government, supported by the Saudi-led military coalition.

Saudi’s civil defence said that two people, one Saudi and the other Yemeni, were killed and seven others wounded in a projectile attack on Jazan, a southern region of Saudi Arabia bordering Yemen.

“A military projectile fell on a commercial store on the main street, resulting in two deaths,” it said in a statement.

Seven others were wounded, six Saudis and a Bangladeshi national, it added.

In Yemen, medics said three people were killed and six others were injured in Saudi-led coalition air strikes in Ajama, a town northwest of the rebel-held capital Sanaa.

“Three civilians including a child and a woman were killed, and six others were wounded,” medics told AFP.

But the latest incident marks the first time in months that Huthi attacks on Saudi have resulted in fatalities.

The UN estimates Yemen’s war will have claimed 377,000 lives by the end of the year through both direct and indirect impacts.

More than 80 percent of Yemen’s population of about 30 million requires humanitarian assistance.