On January 6, the Judicial Commission will meet to evaluate Justice Ayesha Malik’s elevation to the Supreme Court 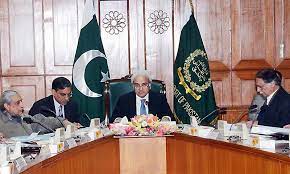 Despite criticism from the legal community, which thinks judges should be selected on the basis of seniority, the Judicial Commission of Pakistan (JCP) will consider upgrading Justice Ayesha A Malik of the Lahore High Court (LHC) to the Supreme Court on January 6, 2022.

Chief Justice of Pakistan Gulzar Ahmed has once again nominated Justice Ayesha A Malik, who is on seniority number 4 at the LHC.

The chief justice has informed members of the JCP about the meeting on January 6 during which Justice Ayesha Malik’s nomination as a Supreme Court judge will be considered, according to sources.

Meanwhile, the Pakistan Bar Council (PBC), the apex body of the legal fraternity, warned on Friday to vigorously oppose Justice Ayesha A Malik’s consideration. Vice-Chairman of the PBC, Khush Dil Khan, raised grave reservations about the decision to disregard the seniority principle in appointing judges to the Supreme Court and High Court.

In a statement released, he reiterated the legal community’s position that judges should be elevated/appointed on the basis of seniority in all courts, and that the practice of pick and choose should be abolished. “If the seniority principle is violated in elevation/ appointment of judges to the Supreme Court, High Court and the lower courts, the legal fraternity will resist it with full force,” he said.

It is pertinent to note that CJP Gulzar Ahmed has proposed the female judge’s name for appointment to the Supreme Court for the second time. Her elevation had remained inconclusive earlier in September due to a divide in the JCP, with four members opposing and four others supporting her elevation. The matter was then deferred by the Judicial Commission.

Justice Qazi Faez Isa, another JCP member, was unable to attend the meeting because he was in Spain for his wife’s medical treatment. Justice (retd) Dost Muhammad Khan, who opposed the nomination, has retired from the panel after his two-year tenure ended earlier this year. Justice (retd) Sarmad Jalal Osmani, the new JCP member, may support Justice Ayesha’s nomination to the SC.

At the same time, PBC’s Khushdil Khan and President Supreme Bar Association Abdul Latif Afridi, as well as other lawyer’s representative organisations, held a protest in front of the Supreme Court, with lawyers also refusing to appear. They argued that Supreme Court appointments should be made solely on the basis of seniority.

In March 2012, Justice Ayesha was appointed to the LHC as a judge. If she is elevated, she will serve as a Supreme Court Judge until June 2031. After Justice Yahya Afridi retires in January 2030, she will take over as Pakistan’s chief justice.

It’s important to note that in Pakistan’s judicial history, no female judge has ever been elevated to the Supreme Court.

Attorney General Khalid Javed said in a statement after the last meeting of the Judicial Commission of Pakistan in September that the appointment of the first woman judge to the apex court would have been a historic occasion, and that while he supported the Chief Justice of Pakistan’s nomination of Justice Mrs Ayesha A. Malik, he would prefer that the first woman judge be appointed by unanimous recommendation of members of the JCP as well as full support of the Bar.

“Since a consensus on evolving criteria for Supreme Court appointment has yet to emerge, and the response of the Bar is awaited,” the AG suggested to the Commission. “I would recommend that, subject to the permission of the Chief Justice/Chairman, JCP, the Members of JCP consider, decide, and resolve that there should at least be one seat, with the possibility of more in the future, earmarked for appointment of a woman as Judge of the Supreme Court of Pakistan,” the AG said.