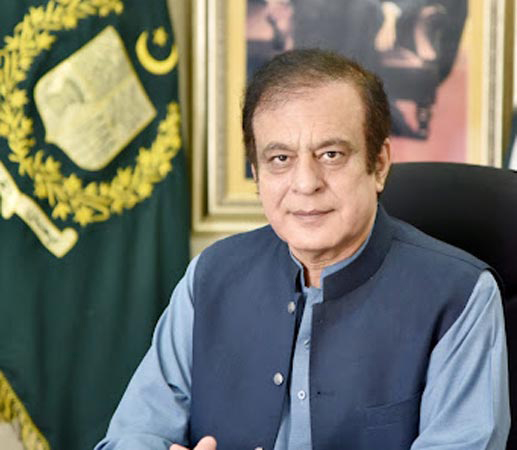 Federal Minister of Science and Technology, Senator Syed Shibli Faraz on Friday said that Pakistan must set targets to become a shareholder in the global Halal food market which is worth over $750 billion.

“All the legal formalities for Pakistan Halal Authority (PHA) have been completed and now the country has to set realistic targets to get a fair share in the global Halal food market gradually through fixing the timelines”, Shibli Faraz said while addressing the `Stakeholder’s session to develop an understanding of halal regulations’ held.

The minister said that although the Halal Authority was established in the year 2016 in papers it was non-functional. “We have completed all the legal formalities regarding PHA and now we have to determine the future targets”, he said.

The minister stated that the Halal Authority business laws and Halal certification is an important milestone towards ensuring the country’s vibrant share in the global Halal food market.

He said that the Ministry of Science and Technology should have a key role in the socio-economic development of the country, and it has started its journey in the right direction to make the country self-sufficient, increase exports and earn foreign exchange.

The ministry is in efforts to extend the benefits of all its initiatives and projects to the local people at first. He said that our religion has provided us with a complete code of life that is meant for our welfare, not for punishment. Each aspect of our religion has a guideline for humanity, he added.

Pakistan carries great importance among all the Islamic countries due to its vibrant role in certain sectors and having large population. We have resources and we can play a lead role in Islamic countries in terms of exporting Halal meat and other products.

The minister said that it is important to raise awareness among people about the concept of all products and the certification bodies for which the ministry will launch a campaign.

The country cannot rely on only earning foreign exchange through the textile industry and incentivizing this sector. The other sectors could flourish if such facilities would be given to them, he added.

The minister stressed the need to diversify exports through facilitating different sectors.