Biden warns of ‘winter of death’ for unvaccinated as Omicron spreads 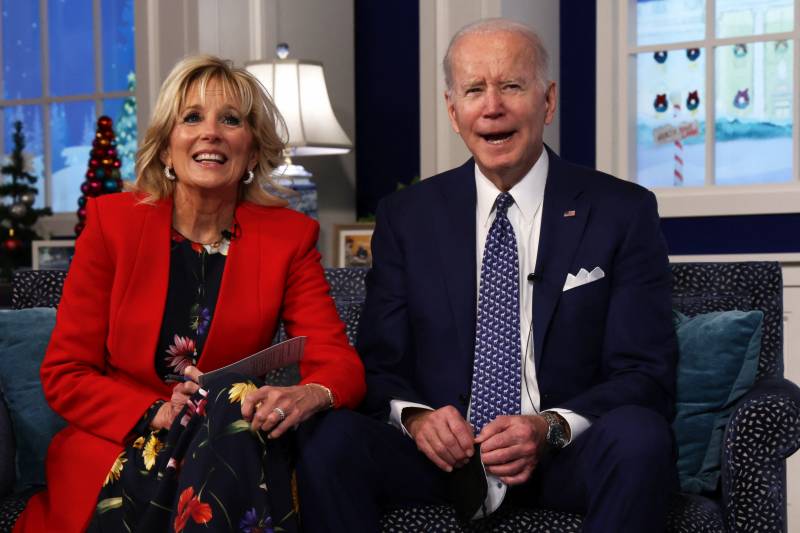 US President Joe Biden warned of a “winter of severe illness and death” for those unvaccinated against Covid-19, as the G7 called the Omicron variant the biggest threat to global public health.

Scientists remain uncertain how dangerous the highly mutated Omicron variant is, but early data suggests it can be more resistant to vaccines and is more transmissible than the Delta variant.

The World Health Organization said earlier this week that the strain has been reported in 77 countries and has “probably” spread to most nations undetected at a higher rate than any previous variant of the virus.

Countries worldwide have begun advising against foreign travel while ramping up domestic restrictions to battle Omicron and bolstering vaccination efforts.

The G7 on Thursday called the variant the “biggest current threat to global public health”, saying its emergence meant it was “more important than ever” for countries to closely cooperate and share data.

In a meeting hosted by group chair Britain, the countries’ health ministers emphasized the “increasing importance of booster campaigns and regular testing”, according to a statement.

Biden’s warning about the winter came as he urged Americans who have already had two shots to get boosters, and vaccine sceptics to step up and get jabbed.

“The only real protection is to get your shot,” he said, with the White House saying the administration did not intend to take specific restrictive measures but would instead focus on vaccination.

“The tools that we have, we know are working,” deputy White House spokeswoman Karine Jean-Pierre said, adding: “We’re just going to continue pushing forward… to get Americans vaccinated and boosted.”

The United States, the hardest-hit country in the world, is currently averaging 1,150 Covid-19 deaths per day, according to figures from the Centers for Disease Control and Prevention (CDC).

In the first two weeks of December, the average daily cases of infection spiked in the United States by 35 percent.

It was across the Atlantic, however, that the magnitude of the threat was being felt strongest, even as Britain stopped short of imposing formal limits on socializing as the government awaits further evidence of the severity of Omicron.

Britons had hoped that this year would be different, but cases have again shot up to record levels.

There are now fears the variant could overwhelm hospitals during the festive season, and many Britons are scrambling to change their plans.

The Premier League on Thursday postponed six more football matches, though it said it intended to “continue its current fixture schedule where safely possible”.

With case levels exploding in Britain, France on Thursday banned all non-essential travel to and from the UK.

From 2300 GMT Friday, travelers will need “an essential reason to travel to, or come from, the UK, both for the unvaccinated and vaccinated… People cannot travel for touristic or professional reasons.”

Canada has also urged its citizens to avoid foreign travel over the Christmas holidays, with Health Minister Jean-Yves Duclos saying the Omicron variant “makes us fear the worst.”

The Omicron risk also elbowed its way into an EU summit meeting in Brussels on Thursday, with predictions the variant could become dominant in the bloc as soon as next month.

But leaders are struggling to forge a united approach to stop the spread.

Omicron is “of significant concern obviously, in terms of the capacity of that variant to spread rapidly and create pressure on our societies and our health systems,” Irish Prime Minister Micheal Martin told journalists in Brussels.

“So today we’ll be looking for greater coordination on a number of fronts,” he said.

The Spanish government said meanwhile that boosters will soon be available for everyone aged 40 and older, down from 65 and older currently.