* While talking to CEN, Uzair Zaheer Khan, Pakistani director and producer of the movie, revealed that the Chinese co-producers 'carried out the required amendments' 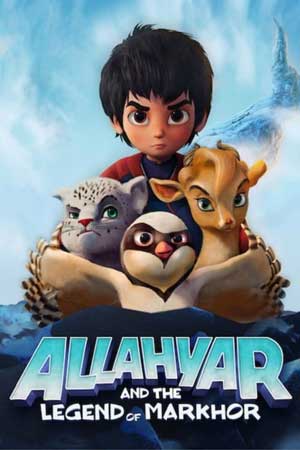 The first China-Pakistan animated film Allahyar and the Legend of Markhor will be set for theatrical release across China on December 25, making it the second Pakistan-featured animated movie to rule Chinese cinemas following blockbuster film The Donkey King.

According to China Economic Net (CEN), the animated film, which was originally was released in Pakistan in 2018, was remade for the Chinese market through joint efforts of Chinese and Pakistani producers, making it the first animated film co-produced by the two countries.

While talking to CEN, Uzair Zaheer Khan, Pakistani director and producer of the movie, revealed that the Chinese co-producers “carried out the required amendments and enhancements in China only” to better suit the taste of the Chinese audience.

Khan, Executive Producer of animated film-minded 3rd World Studios, said he is “very excited” about the screening of the film across China and that he is “quite hopeful” the work will appeal to Chinese viewers.

The Donkey King, which was released across Chinese movie theatres on November 19, has been crowned the best-performing Pakistani film with a record box office in China, achieving more than US $ 611,400 in a span of just three days and grossing over US $ 877,000 in box office in China up to December 13.

Amid the growing popularity of Pakistani movies in the Chinese market, there is a great potential of more cooperation between China and Pakistan in the film industry.

“The two countries can hold more film conferences and seminars to gain a better understanding of each other…And the logical next step is to extend the cooperation to the industrial chain and the making of films,” said Zhong Wenjun, CEO of Danxi Pictures, in a written interview with CEN.

The company is one of the Chinese co-producers that mainly engage in the promotion, releasing, and film-related products of the Allahyar and the Legend of Markhor in the Chinese market.

The animated film premiered in a Beijing cinema on Sunday as part of the celebrations of the 70th anniversary of China-Pakistan diplomatic ties, according to the Embassy of the Islamic Republic of Pakistan Beijing.