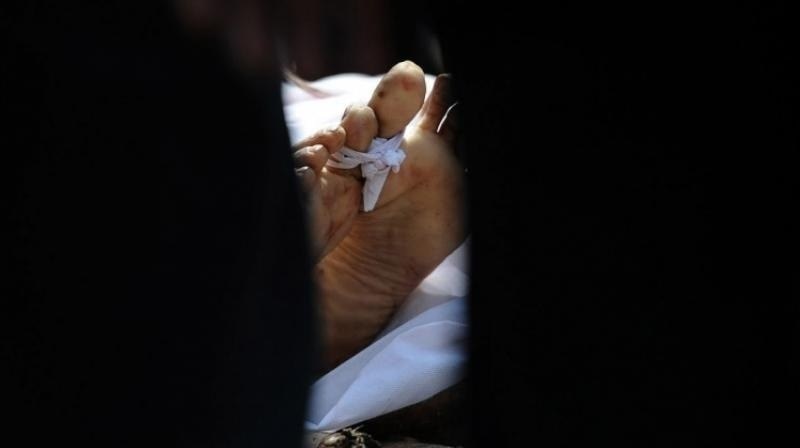 KARACHI: An elderly man died on Friday in mysterious circumstances at his residence in Karachi’s Orangi Town when a welder was working inside the house.

Police officials said that the man was arrested over suspicion of the citizen’s murder. It was learnt that the suspect named Salam came to the house for some welding work at the residence of Hashamuddin.

In his statement, the accused told police that the elderly citizen got injured after falling on the floor and he placed a pillow on his face to stop the blood flow. He claimed that he later hid under the bed after the family members knocked on the door.

Police said that the family members took the elderly man to the hospital where he was pronounced dead.

Police said that the welder was caught by family members after returning home after finding him while hiding beneath the bed for several hours. Salam was arrested by police after being informed by the deceased citizen’s family.

Police also recovered a hammer from the accused that will be sent for forensic examination. Police officials said that it is a mysterious incident and investigators were investigating Salam’s statement.