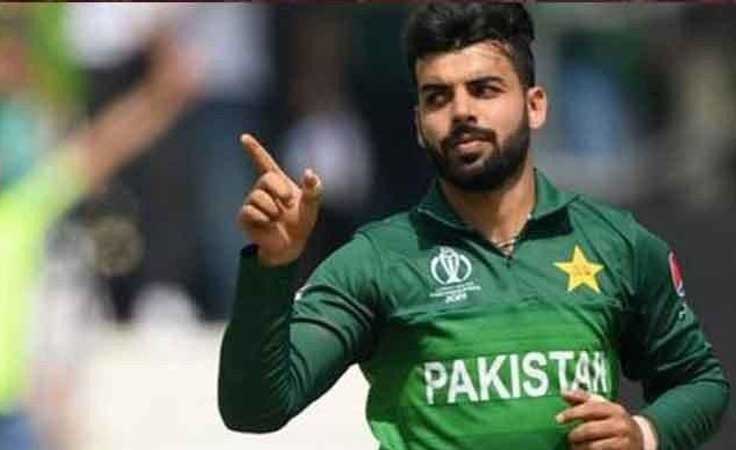 LAHORE: The Sydney Sixers made a huge move Friday as the franchise announced it had signed Pakistan leg-spinner Shadab Khan for the remainder of the 11th edition of the Big Bash League (BBL). The injury-hit Sixers are already reeling from the ousters of Ben Manenti following a neck stress fracture and Steve O’Keefe who has been ruled out of a couple of matches due to a calf strain. Shadab is no stranger to the BBL, as the Pakistani vice-captain has previously played for the Brisbane Heat in the seventh edition of the league when he was only 19. In those three games, he collected six wickets at an impressive economy rate of 7.08, giving the Sixers’ fans a glimpse of what they can expect for the rest of the summer. The 23-year-old, who is known as an exceptional turner of the ball, burst onto the scene during the 2016-17 Pakistan Super League season with Islamabad United.

He made his T20I debut in March 2017 against the West Indies as a 19-year-old, before following it up with his Test and ODI debuts the next month. Shadab has been economical for Pakistan when it comes to T20 cricket, collecting 73 wickets from 63 T20I matches at an average of 21.79 with an impressive economy rate of 7.11. The Pakistani spinner was disappointed after the Men in Green failed to vanquish Australia in the semi-final of the ICC T20 World Cup. However, Shadab Khan took nine wickets in the tournament, including a 4/27 in the semi-final clash against the Aussies. Shadab had gotten the prized wickets of David Warner, Mitch Marsh, Steve Smith and Glenn Maxwell in the match.

Shadab is the fifth Pakistan signing announced for BBL|11 and joins Haris Rauf, Syed Faridoun and Ahmad Daniyal (Melbourne Stars) and Muhammad Hasnain (Sydney Thunder) in this year’s tournament. Sixers head coach Greg Shipperd was thrilled to be working with Shadab Khan. “Shadab joins us as cover for the bowlers we have lost and comes together with two other young and exciting spinners in Lloyd Pope and Todd Murphy,” he said. “All three young men are still learning their craft but have shown at various levels that they can be world-class. We welcome Shadab’s skills in all three facets of the game and can’t wait to see him get an opportunity in coming matches.”

The Sixers are placed at number two on the points table, right behind the Perth Scorchers. They next play the Thunder in the Sydney Smash on Boxing Day at Sydney Showground Stadium. It is not known whether Shadab will be able to play in that match, due to COVID-19 protocols. However, it is expected that he will be available to play in the Sixers clash with his former team, Brisbane Heat, on December 29.