Indian spinner Harbhajan Singh retires from all formats of the game 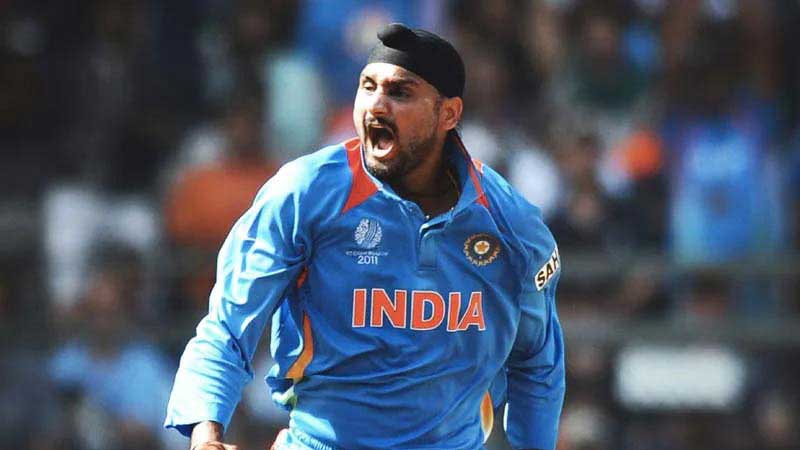 NEW DELHI: Veteran Indian spinner Harbhajan Singh has announced his retirement from all formats of the game. In a video message on Twitter on Friday, the former India offspinner said that “in many ways, I had already retired”, but because of his commitments with Kolkata Knight Riders in the Indian Premier League (IPL), he was forced to delay the announcement. “There comes a time in your life when you must take some tough decisions and move ahead. I have been meaning to make this announcement for the last few years, but I was waiting for the right moment to share it with all of you: today, I am retiring from all formats of cricket,” he said. “In many ways, I had already retired as a cricketer, but hadn’t been able to make a formal announcement. I haven’t been an active cricketer for a while. But I had a commitment to Kolkata Knight Riders, and wanted to spend the (2021) IPL season with them. But during the season itself, I had made up my mind to retire.”

Harbhajan last turned out for India in March 2016, in a T20I against the UAE in Dhaka in that year’s Asia Cup. Harbhajan, now 41, made his international debut back in March 1998, in a Test match against Australia in Bengaluru, picking up two wickets in an eight-wicket defeat. He went on to play 103 Tests, for a haul of 417 wickets ––– still the fourth-highest for India ––– at an average of 32.46, with an innings best of 8 for 84 and a match best of 15 for 217, both recorded in India’s two-wicket win over Australia in the Chennai Test of 2001, which gave them a 2-1 win in an iconic series. In the previous Test in Kolkata, made famous due to VVS Laxman and Rahul Dravid’s batting all day while following-on – Harbhajan had played a major role too in India’s stunning come-from-behind win, bagging 13 wickets in the match.

Harbhajan also turned out in 236 ODIs from 1998 to 2015, taking 269 wickets at 33.35 and an economy rate of 4.31. He played 28 T20Is, taking 25 wickets at an average of 25.32 and an economy of 6.20. His overall tally of 707 international wickets is the second-highest for India, behind Anil Kumble’s 953. “I have no idea about the future, but whatever I am today is because of cricket. I will be immensely happy if I can be of help to Indian cricket in any role in the future” Harbhajan has had great success in the IPL too, taking 150 wickets in 163 matches, fifth on the all-time list. Harbhajan also took 20 wickets in 22 Champions League T20 matches, leading Mumbai Indians to victory in the competition in 2011. Harbhajan’s longest association with a franchise was with Mumbai Indians, who bought him in the 2008 auction and retained him ahead of the mega auctions in 2011 and 2014. Released ahead of the 2018 mega auction, Harbhajan had two years with Chennai Super Kings before finishing up with Knight Riders.

Harbhajan had plenty of success across formats, including being part of two World Cup winning teams with India –– in 2011 and in 2007 for the inaugural T20 World Cup. His greatest achievement, arguably, remains the performance in the series against Australia in 2001, where he bagged 32 wickets in three Tests, where no other Indian bowler took more than three wickets. Harbhajan’s feat included taking a hat-trick in Kolkata. As for the future, Harbhajan said that he has “no idea” what he would do, but indicated that it would be connected to the game. “Now I begin a new chapter in my life, which starts with its own challenges. Believe me, your Turbanator is ready for the examination! Just keep showering your love on me.”