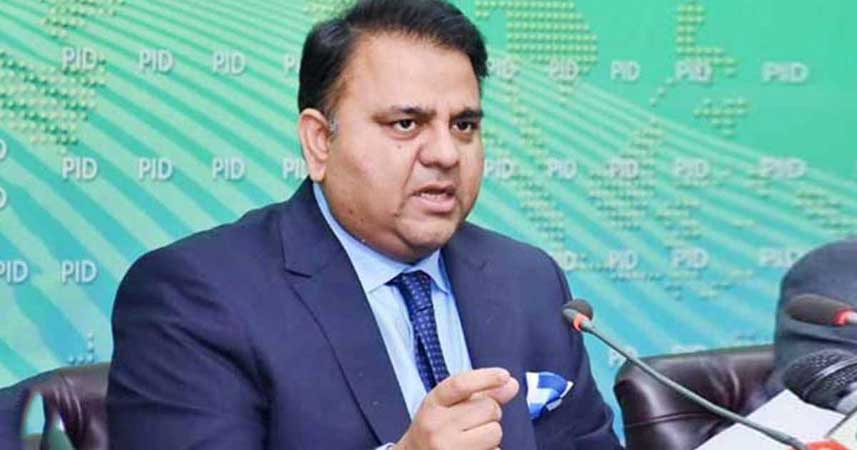 Minister for Information and Broadcasting Chaudhry Fawad Hussain Friday said Prime Minister Imran Khan had dissolved Pakistan Tehreek-e-Insaf (PTI)’s all organizations from centre to tehsil level across the country after consultation with the senior leadership of the party.

Talking to media after the meeting of senior leadership of the PTI chaired by Prime Minister Imran Khan, he said all the office bearers of the PTI’s organizational set up had been removed from their posts. The meeting discussed Khyber Pakhtunkhwa (KP)’s elections and the general situation of the country. He said that a 21-member constitutional committee comprising the national PTI leadership had been formed which was working on the new constitution of the party.

He said Mir Jan Muhammad Jamali and Qasim Suri would represent Balochistan while Imran Ismail and Ali Zaidi from Sindh and Asad Umar from the federal capital were part of the committee. Fawad Hussain said after the approval of the committee comprising senior members, new organizations of the PTI would be constituted. The minister said the PTI was the largest political party in Pakistan which had the status of a national federal party whereas Imran Khan was the leader of the federation and his vote bank was present everywhere from Gwadar to Khyber and from Karachi to Lahore. “No party other than PTI is capable of fielding candidates for 1100 to 1200 seats of the national and provincial assemblies in the general elections,” he said adding that the PPP was now the party of Sindh whereas the PML-N was confined to Punjab only.

He said if the PTI’s politics was affected, it would affect the politics of Pakistan badly. The minister informed the media that Prime Minister Imran Khan had expressed dissatisfaction over the performance of PTI in the first phase of local body elections in the KP. He said that the village council election results were coming, the PTI was still the largest party in the KP. He said there was no concept of family politics in the PTI as Imran Khan never allowed personal relationships to dominate his mission in his political career. “If the culture of PPP and PML-N comes to the PTI, there will be no difference between them and us,” Chaudhry Fawad said emphatically.

The minister said the prime minister had expressed displeasure over the distribution of party tickets in the KP’s local government elections against which many complaints were received. The way PTI should had played its role as a major party was not witnessed in the KP’s local body elections, he said.

The minister said the meeting had decided that a special committee would be formed to look into the matter of giving tickets to relatives of PTI leaders and in future such cases would not be decided at the local level, rather they would be sent to this committee and which would decide whether to give tickets or not. He said the PTI considered local government institutions very important for democracy.

Fawad said KP Chief Minister Mahmood Khan had been given responsibility for the second phase of local body elections in the KP and a ticketing mechanism for the elections would be set up, with the approval of the prime minister.

The decision on tickets for local government elections in Punjab would come to a committee consisting of PTI’s senior members which would decide the candidates at the central level so that no issues like resentment come up at the local level.

Replying to a question, he said the finance bill was not a personal bill of the PTI, and if the opposition did not want to go to the International Monetary Fund programme, they should come up with an alternative solution.

He reminded that billions of dollars had been borrowed by the past regimes of the Pakistan People’s Party and Pakistan Muslim League-Nawaz which had to be repaid by the present government.

“If they have any alternative proposal or agenda, they should bring it in the House”, he said. To another question, he said the opposition had claimed that they would table a no-confidence motion against the Senate Chairman Sadiq Sanjrani but they failed to do so.