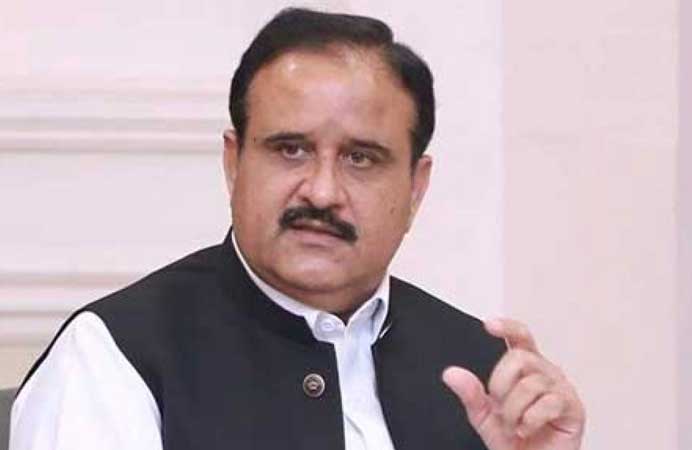 Chief Minister Punjab Sardar Usman Buzdar Friday extended his heartiest felicitations to the Christian community on Christmas adding that December 25 was a day of happiness for the Muslims and Christians alike. It is the birthday of Jesus Christ and the founder of Pakistan Quaid-e-Azam Muhammad Ali Jinnah too, he said in a message.

Buzdar said the Christmas festivity provides an opportunity to promote unity, love and mutual relations. Sharing happiness enhances love, brotherhood and fraternity, he added. Promotion of peace and love is a characteristic of the teachings of Jesus Christ. According to the teachings of Islam, it is our religious duty to fully respect all the prophets, he emphasised. Believing in all the prophets, including Jesus Christ, is an essential part of Islam, he noted.

The CM said all the minority communities have full religious freedom and they enjoy equal rights. He said a special commission is being formed for protection of rights of minorities in Punjab. The Punjab government has increased the budget for minorities five times this financial year as Rs2.5 billion has been allocated for the minorities.

Meanwhile, 100% implementation of the 5% employment quota for minority communities has been ensured, he said. For the first time in history, a special quota of 2% has been fixed for minorities in higher education institutions, he added. The services of the Christian community in education, healthcare and other fields are commendable, he noted. A culture of tolerance and patience should be promoted as Pakistan belongs to all of us. Therefore, all should work together for the promotion of inter-religious harmony. We have to support each other to decorate the country with flowers of love, he concluded. Chief Minister Punjab Sardar Usman Buzdar, in his message on the birth anniversary of the founder of Pakistan Quaid-e-Azam Muhammad Ali Jinnah, said towering personalities like him were born after centuries.

Under the energetic leadership of Quaid-e-Azam Muhammad Ali Jinnah, the dream of a free homeland became a reality for Muslims, he said. Quaid-i-Azam urged the people to follow the motto of unity, faith and discipline while establishing a welfare society on the principles of tolerance, brotherhood and patience was the dream of Muhammad Ali Jinnah, the founder of Pakistan. By following the ideas of Quaid-e-Azam, we can make Pakistan a true welfare state, he maintained. PM Imran Khan is toiling to make Quaid-e-Azam Muhammad Ali Jinnah’s dreams a reality. The best way to pay homage is to create an ideal atmosphere of unity and solidarity in our ranks as a nation by putting aside all political and personal interests. Let’s reiterate our commitment today to make this country strong and great by following the vision of Quaid-e-Azam, he concluded.