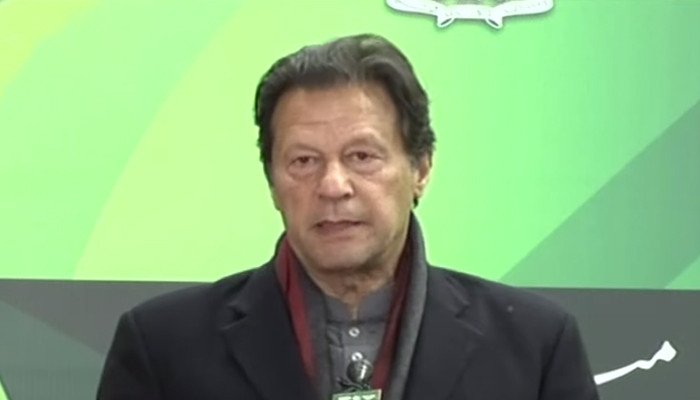 Prime Minister Imran Khan, addressing a ceremony on Friday termed the Rs100 billion approvals in the Mera Pakistan Mera Ghar initiative as a “big moment” for Pakistan. The premier said the initiative such as Mera Pakistan Mera Ghar, should have been launched earlier. “I see Pakistan now moving in the direction it should have been headed in a long time ago.”

PM said everyone was aware that the people belonging to the salaried class could not accumulate a certain amount to purchase their own homes.

“Pakistanis who worked as labours overseas had one dream — to build a house for themselves and their families,” the prime minister said, regretting that past governments did not pay heed to this issue. PM Imran Khan said the past governments did not focus on the lower classes as they had only paid attention to the elite in every sector — education, health, and other facilities.

The prime minister said Pakistan’s development was never inclusive, and that, according to him, is the reason why the country could not progress. The premier said through the initiative, a common man could now build their houses. “There were several hurdles earlier as when a common person would go to the bank, they would suffer anxiety.”

PM Imran Khan said this project would lift Pakistan’s economy, as construction of homes would increase.  Available in both conventional and Islamic mode, this scheme enables banks to “provide financing for the construction and purchase of houses at very low financing rates for low to middle-income segments of the population,” the State Bank of Pakistan’s website says about the initiative.

“Keeping in view need to improve availability of adequate housing in the country and important role of construction sector in boosting economic activities in other countries, Government of Pakistan envisions to increase the number of housing units manifold in coming years,” the SBP’s website says.