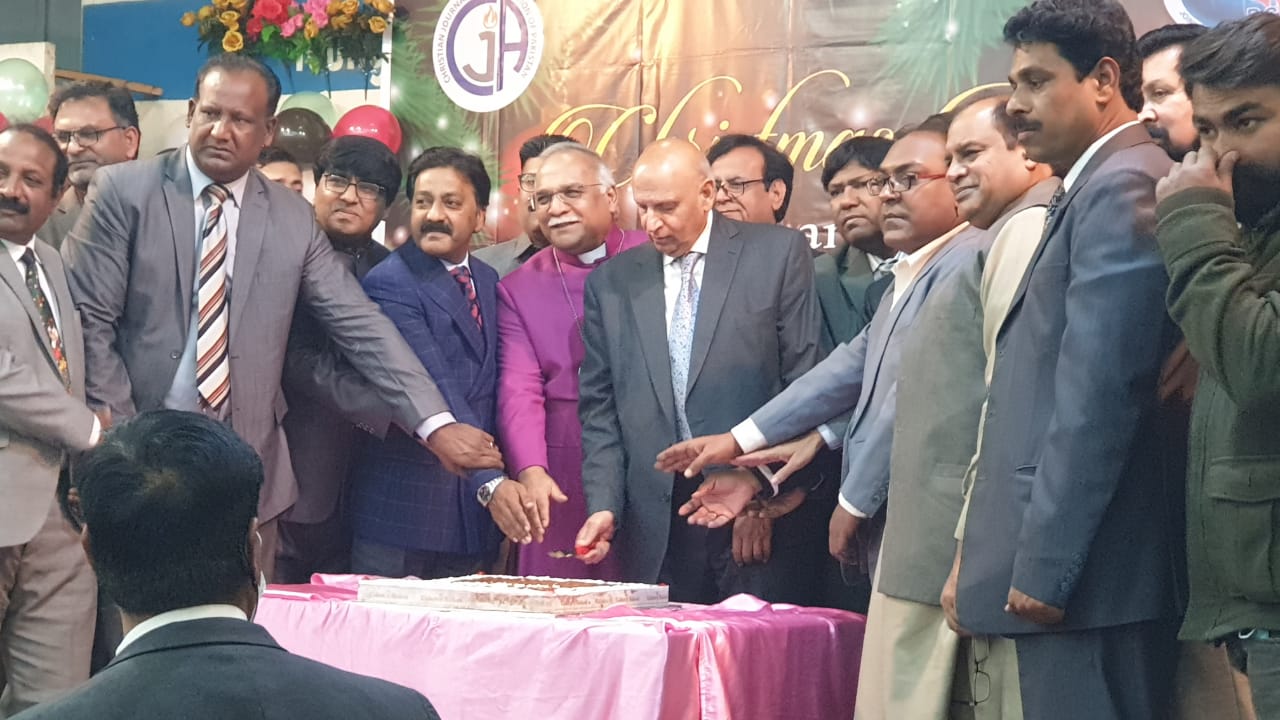 The formation of the Christian Journalists Association of Pakistan (CJAP) is a step in the right direction as there’s a dire need for spreading awareness and highlighting the issues facing the marginalized and vulnerable communities of the country, said government and church leaders.

They expressed hope that Christian media persons will play an effective role in the capacity building and training of minority journalists as well as in projecting the challenges faced by all vulnerable communities.

Addressing the gathering, Bishop Marshall stressed the need for networking between the church, journalistic bodies and legal fraternity for effective change at the grassroots level.

“The church is the first stop of the people where they lodge their grievances. For this purpose, we are launching a dedicated helpline from January 2022, where people can inform us about their issues. I, however, believe that to deal with these challenges effectively, we also need to set up research institutes which can work on the data and provide authentic information to journalists for public dissemination,” he said.

Bishop Marshall welcomed the government’s support to festivals of religious minorities but lamented that the real challenges facing these communities continue to remain unaddressed. “It’s about time we pool our efforts for achieving long-term solutions to these problems,” he said, citing the example of the Arzoo Raja forced conversion case in Karachi.

Taking the podium after Bishop Marshall, Governor Sarwar appreciated the launch of CJAP and hoped the body would contribute to the training and wellbeing of minority journalists across the country.

“Christians have always played a vital role in nation-building and I hope that this union of Christian journalists will continue to uphold the good tradition,” he said, adding that the PTI government was supportive of the country’s minorities.

“I would also like to see minorities electing their own candidates rather than the political parties installing selected representatives. This is the Pakistan that our founding father Quaid-e-Azam envisioned,” he said.

Other speakers, including Albert David and Dean of Cathedral Church Lahore Shahid Meraj, also welcomed the launch of CJAP and hoped it will play its due role in peacebuilding and credible news gathering and dissemination.

The governor and the other dignitaries later cut a cake along with members of the CJAP and distributed appreciation awards among the journalists.